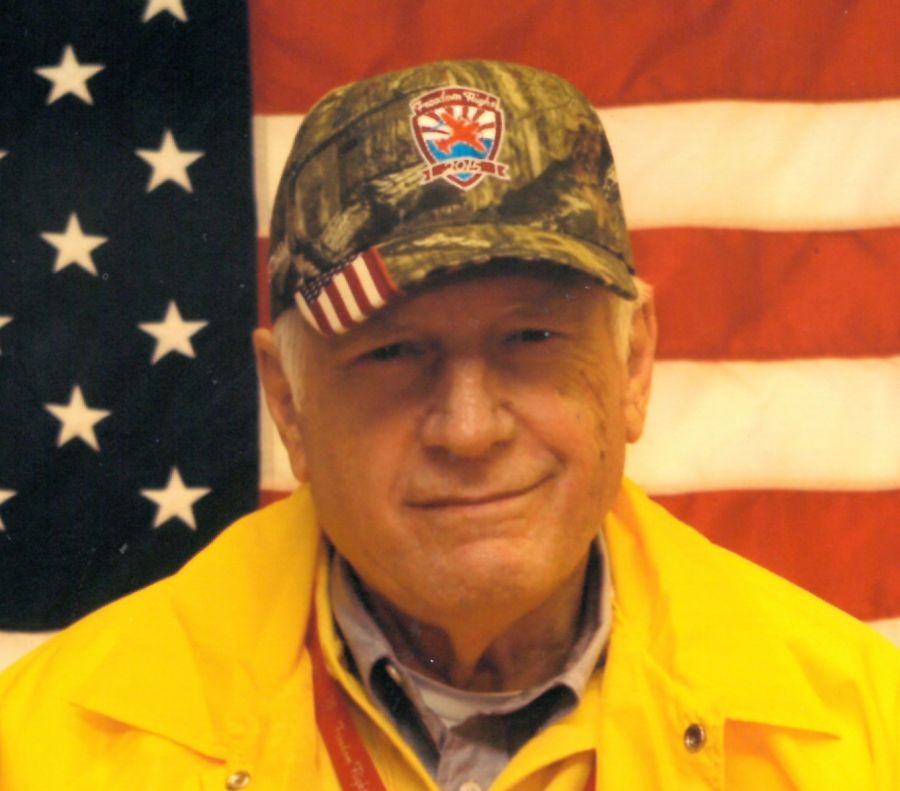 James Allen Meek, age 74 passed away on April 8, 2018 at Mary Greely Medical Center in Ames, Iowa. Jim was born in Spickard, Missouri on May 20th, 1943 to Verlin and Kathleen Meek. After graduation from Trenton High School, in Trenton, MO he enrolled at the University of Missouri, Columbia where he majored in agriculture. He did his student teaching in Hermann, Missouri where he met, fell in love and married his wife Pat. After receiving a BS in Agriculture he was drafted into the Army. Following infantry training, he was promoted to Sargent E-5 and sent to Vietnam from June 1968 to June 1969 as a rifleman and squad leader. Upon his honorable discharge in 1969 he received the Bronze Star for bravery in the line of duty. In August of that year he was hired as the Vocational Agriculture teacher in the St. Louis. MO area and continued to teach Vo-Ag and FFA until 1975 when he accepted a position with Iowa State University as Dubuque County Extension Director and moved his family to Dubuque, Iowa. While working as director, he completed his Masters of Education. After five years as director he became an Area Specialist in Community Development and managed the federally funded 1440 Project during the farm crisis of the 80's. In 1990 Jim was selected for a position on campus at Iowa State University in Ames as Special Projects Manager working with Families Extension. Jim continued working with many special projects until his official retirement due to disability in 2017. Jim was a member of the Board of Directors of the Rural Mental Health Association and president of the AgriWellness Board of Directors providing the collaboration of seven farm assistance hotlines 2001 through 2004. He was the training director for the program 2005 through 2013. Jim was also involved with the PROSPER partnership programs until retirement in 2017.
Both Jim and Pat have been involved in community theater wherever they resided, on stage, back stage and behind the scenes. Jim's most recent involvement had been with the annual Senior Variety Show.
In 1990 Jim and Pat became members of the Northminster Presbyterian Church, a church family he and Pat grew to love. He was devoted to his wife and son, a man of strong faith, honesty and integrity. All those who have shared their life with Jim in one way or another will miss him. He will never be forgotten.
Jim is survived by his wife Pat of Ames, Son Craig of Grand Junction, CO. a brother Gary and wife Mary, a niece Kathy Miller, all of Trenton, MO a nephew, Andrew Meek and wife Megan of Salina, KS. a great niece Katie Miller, and great nephew Jimmy Miller of Trenton, Mo.
A gathering of friends and family will take place on Friday, April 20th 4:00-6:00 p.m at Grandon Funeral Home, 414 Lincoln Way, Ames, IA. A celebration of life will be held Saturday, April 21st at 3:00 p.m. at Northminster Presbyterian Church 1416 20th St., Ames Iowa. Burial will be at the Iowa Veteran's Cemetery at a later date.
Memorials can be written to Northminster Presbyterian Church and Viet Nam Veterans of America, Chapter 1102, Story County, Iowa

Jim was a great supporter of community theater in Dubuque. And believe it or not he was a beloved member of the so-called "Do-Dah-Trio"---only a few people will remember that "famous" singing group:)
So many wonderful memories! His legacy will not be forgotten. Sincere condolences to Pat, Craig. and family. Mike Gibson

Pat and family, may I send you our condolences on your loss. I enjoyed working with Jim in NE Ia. Extension. Never knew he was a Viet Vet. wish I could thank him for his service. With prayers, Don Arendt (Decorah)

Jim and Pat left many good friends in Dubuque. The theater crowd enjoyed many parties where Jim and Pat celebrated a job well done either on stage or behind. Jim was instrumental in purchasing the Grand Opera House, renovating it, and guiding the next generation of caregivers. It is a testament to one of his many local accomplishments. Thank you, Jim, and our sympathies to Pat. Terry Eckhart and Michael Gibson.

Oh, Pat, I am so very sorry for your loss! I cherish all the memories of Jim from my days at ACTORS. What a genuinely kind, loving man. He will certainly be missed. This world is a little dimmer for his light no longer shining where we can see it, but the gates of the hereafter certainly have lit up! My most sincere sympathies. 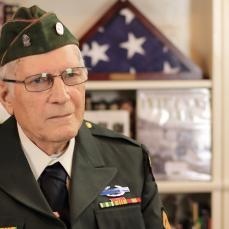 The attached photos are added to the memorial of James Meek to help share their legacy.

Please help memorize James Meek by recording your attendance below.

Thank you for sharing your memory of James