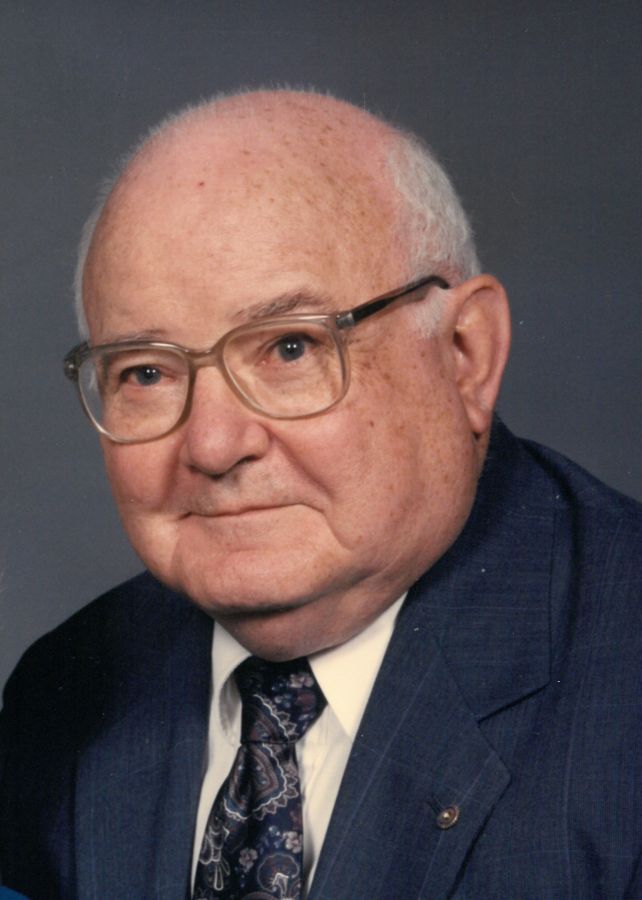 Robert L. Hildebrand, age 89, of Ames, died November 7, 2018 at Northcrest in Ames, Iowa. A celebration of life gathering will be held 1:30 - 4:30 p.m. with a time of remembering at 2:30 p.m. Saturday, May 4, 2019 at the Rieman Ballroom at Alumni Center, 429 Alumni Lane Ames, Iowa 50014. Burial took place at the Ames Municipal Cemetery.
Mr. Hildebrand was born in York, Nebraska, December 18, 1928, the son of C. P. Hildebrand and Mabel Doran Hildebrand, the youngest of five sons. He graduated from the College of Pharmacy, University of Nebraska in 1950. Following graduation, he was associated with his father in the operation of the family drug store in York.
He married Janette Eloise Johnson, February 4, 1951 in York, Nebraska where they made their home for the next ten years. He was a veteran of the Korean War with service in France at a U.S. Army Hospital.
In 1960, he moved his family to Ames where they owned the Clinic Pharmacy, Hildebrand Pharmacy, and the last ten years of his 43 years as a pharmacist at the VA Medical Center in Des Moines, Iowa. He retired in 1993.
Robert was a long-time member of the Ames Noon Rotary Club of which he was a past president. He was a director of the Ames United Way, the Ames Chamber of Commerce and a board member of the Ames Zoning Board of Adjustment and the Ames Visiting Nurses.
Robert served as the president of the Nebraska Pharmaceutical Assn. in 1958. He was a chairman of the House of Delegates of the Iowa Pharmacist Assn. in 1969. He was a deacon and elder for his church. He was a member of the American Legion and Delta Upsilon Fraternity.
He is survived by his four children: one daughter, Mary Hildebrand of Harrisonburg, VA, and three sons; Thomas B. (Jean Farrell) of N. Sioux City, SD; David A. (Marilyn) of Port Angeles, WA ; Bradley D. (Marcia) of Plymouth, MN and nine beloved grandchildren; Sara, Melanie, Annie, Brian, Emily, Amy, Kate, Isaac, and Scott. He was preceded in death by his wife, parents, and four brothers.
The family asks that memorial contributions be made to Heartwood House Northcrest Community 1801 20th Street Ames, Iowa 50010.
Online condolences may be directed to www.grandonfuneralandcremationcare.com

Being out of town we just learned of your father's passing and wish to extend our condolences. Of course, growing up on Friley road across the street I have many memories of both your wonderful mother and father! I believe that the last time I saw your father was in either 2012 or 2013 when my mother dragged me to a P and Z meeting and I discovered that your father was quite an active member of that board! We chatteded about the "old neighborhood " as that was obviously why we were there! He was a dear heart and I know how he so dedicatedly cared for your mother in her last days too. So to all of you, Tom, Dave, Mary, and Brad,
Love and condolences
Mary Clare (Denisen) Cobb and Curt Cobb

As my best friend, Bob Hildebrand and I shared December birthdays. I will always hold the 18th as special. His gracious positive attitude was inspirational socially and professionally. Bob won't be counting the times he mowed the lawn on Friley Road, but will be able to share memories of that home with Jan as it should be! My deepest sympathy goes out to, Mary, Tom, David and Brad & their offspring! Bill Morris on 12/9

Steve and I remember fondly our many conversations about parenting and life in general with our longtime neighbors, Jan and Bob Hildebrand. The tales told of Tom, David, Mary, Bradley, and Dixie still make us smile. With Jan and now Bob’s passing a generation of Hildebrands is gone. We feel confident, however, that the spirited, handworking, compassionate ethic role-modeled at the Hildebrand home on Friley Road will live on through subsequent generations. With sympathy, love, and warm regards, Ellen and Steve Holm

The attached photos are added to the memorial of Robert Bob Hildebrand to help share their legacy.