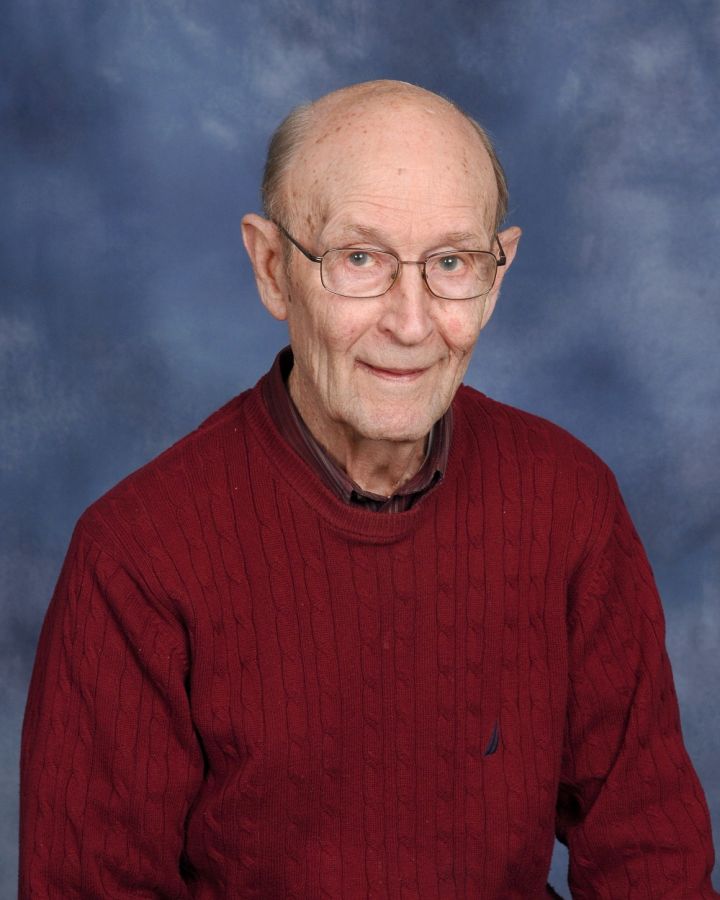 Donald James "Bud" Maakestad, 89, of Ames passed away peacefully at Northridge Village May 2, 2019. A celebration of life memorial service will be held Tuesday, May 28, 11:00 a.m., at Bethesda Lutheran Church, 1517 Northwestern Ave., Ames. Interment at the Radcliffe, Iowa, Cemetery will take place at a later date.
Bud was born July 22, 1929, in Radcliffe, the son of Leonard and Mabel (Hinderaker) Maakestad. He married Ursula Lindebak in 1946, graduated from Radcliffe High School the following year and soon thereafter began working on his first million as a farmer in the Radcliffe area. The couple and their family moved to Ames in 1972 and Bud continued working on that first million as a lab technician at Iowa State University's College of Veterinary Medicine right up until his retirement in 1992.
Prior to Ursula's death in 2000, the couple made regular trips to visit their out-of-state children and grandchildren, enjoyed the company of friends and family in their home and rooted together for the Cubs through thick and thin. Bud married Marjorie Sampson in 2001 and they were inseparable until her death in 2013. In his last years, Bud would often shed a tear at the loss of both wives, while at the same time feeling fortunate for having been endowed with fine spouse-picking skills.
Family was always of utmost importance to Bud and he never failed to provide an outstanding example of upright and principled living to his children, grandchildren and great-grandchildren. He was a man of wit and wisdom, as well as faith, conviction, generosity and humility. He rarely had a negative thing to say to or about anyone, but when he did, his criticism was both well considered and well deserved. In terms of demonstrating how to live well and be good, he was pretty much peerless.
Bud genuinely appreciated many friendships cultivated through his membership at Bethesda Lutheran Church and his association with Golden Kiwanis, the Bethesda's food pantry and fellow bowlers. Over the past couple of years, Bud also became fast friends with many of his co-residents at Northridge Village.
Bud is survived by brother Duane (Mabel) (Radcliffe); children Donna Pence (Anthem, AZ), Kathy (Al) Finch (Bandera, TX), Ann Levy (Alameda, CA), Paul Maakestad (Omaha, NE) and Jane Sanders (Mountain View, CA); eleven grandchildren and four great-grandchildren; members of his extended family Debra Brendeland, David (Patti) Sampson and Gary Neveln, and their children and grandchildren; and sister-in-law Ardith (Gene) Pollmann.
Bud was preceded in death by his parents, brother Clifford, wife Ursula, wife Marjorie, and grandson Eli Pence.
In lieu of flowers, please make a memorial donation to the Ames Golden Kiwanis, the Bethesda's Community Food Pantry or a charity of your choice. Online condolences may be directed to: www.grandonfuneralandcremationcare.com .

I am so sorry for your loss. Just remembering those evenings in the 50s when our families would get together. Dick, Nonie, Bud and Ursula would play cards while we kids would play and watch TV - Graves End Manor! You may recall that Bud and Ursula were my Godparents. My last encounter with Bud was at the Hubbard Care Center around 2008 or so. It was then that I met Marjory for the first time. What a lovely happy couple. Wishing you peace and comfort. Bernie

The attached photos are added to the memorial of Donald "Bud" Maakestad to help share their legacy.

Thank you for sharing your memory of Donald "Bud"