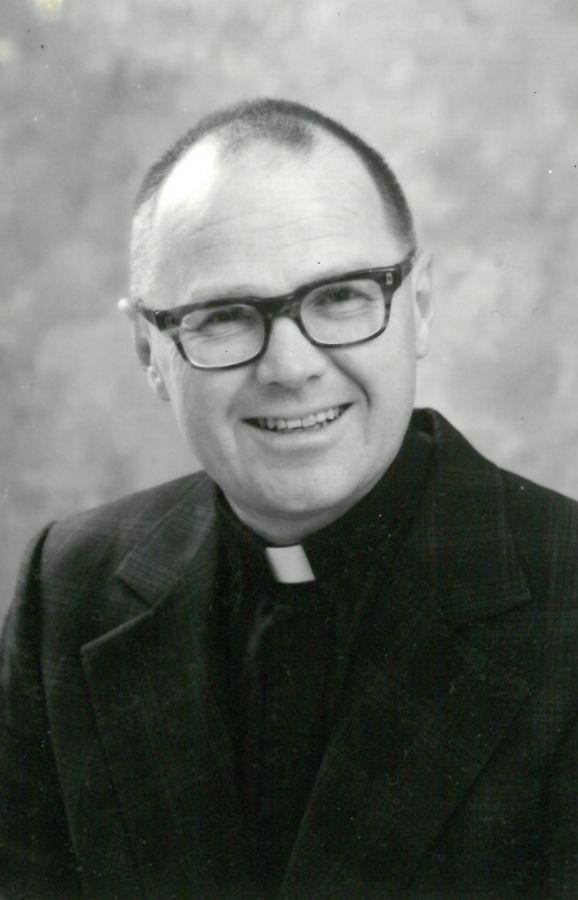 The Rev. Donald E. Baustian, 87, of Ames, IA died Saturday morning, 18 May, 2019. He was born in Iowa City, IA on 6 March 1932 to Adolph and Jennie Kleemeier Baustian. He is survived by his wife Beverly Kaiser Baustian of Ames and three children: Anne Ruybal and husband Joseph of Castle rock, Co; Gregory Baustian and wife Jennifer of Maple City, MI; and Teresa Balsley of Ames, IA . In addition, there are three surviving grandchildren: Zackery Ruybal and Samuel and Taylor Rae Balsley; and, a sister Myra Tunwall of Eldridge, IA; as well as nieces and nephews. He was preceded in death by his parents, a sister Eva Huffman, and a brother Harold H. Baustian.

He grew up in Davenport, IA where he attended public schools and graduated from Davenport High School. He attended Iowa State Teachers College (now the University of Northern Iowa) for one year before transferring to Augustana College, Rock Island, IL, where he received an A.B. Degree and was elected to Phi Beta Kappa. He went on to study a the General Theological Seminary of the Episcopal Church in New York City, where he received a Bachelor of Sacred Theology degree with honors in Bible. During his three years of seminary he did weekend field work at Saint Bartholomew's Church on Park Avenue. During a sabbatical period in 1975, he and his family went to New York City where he pursued advanced studies in New Testament at both General and Union Theological Seminaries, Woodstock College and Fordham University.

Don was ordained deacon and priest in 1957 by the Right Rev. Gordon V. Smith, Bishop of Iowa. He and Beverly Kaiser were married in Waterloo, IA on June 15, 1957. Fr. Baustian served in three location in Iowa (Emmetsburg/Algona, Fairfield and Keokuk) before becoming rector of Christ Church in downtown Little Rock, AR, in 1981. In 1988, at the invitation of the Bishop of Haiti, the Rt. Rev Luc Garnier, both he and his wife joined the faculty of the Theological Seminary of the Diocese of Haiti. At the conclusion of their three year term in Haiti, they returned to Arkansas. Fr. Don served as vicar of Saint John's Church, Camden until he retired from active pastoral ministry in 1997. Between 1991 and 1997 he also served for a time as vicar of Saint Mark's Church, Hope and Saint James' Church, Magnolia. After retiring, he also served a five year term as North American Warden of the International Order of Saint Luke the Physician, a position in which he traveled extensively to lead and teach at conferences on Christian Healing and at Healing Missions all over North America as well as in New Zealand and the Caribbean. The Baustians moved to the Northcrest Community, Ames, IA in 2013.

After cremation, ashes are to be interred at a later date in Orange Township Cemetery in Waterloo, IA. There will not be a formal funeral service. Friends and family are asked to pray for the repose of Donald Baustian's soul at their own church services next Sunday. Memorials may be given to Food for the Poor 6401 Lyons Rd Coconut Creek, FL 33097-9005, one of the largest international feeding and development organizations or to Bethlehem Ministry P.O. Box 48387 Athens, GA 30604-8387, helping to meet the spiritual, educational, medical and agricultural needs of people in rural northern Haiti.
Online condolences may be directed to: www.grandonfuneralandcremationcare.com

The services for Donald have not yet been added. Please sign up below to be notified when the services are ready.

The attached photos are added to the memorial of Donald E Baustian to help share their legacy.