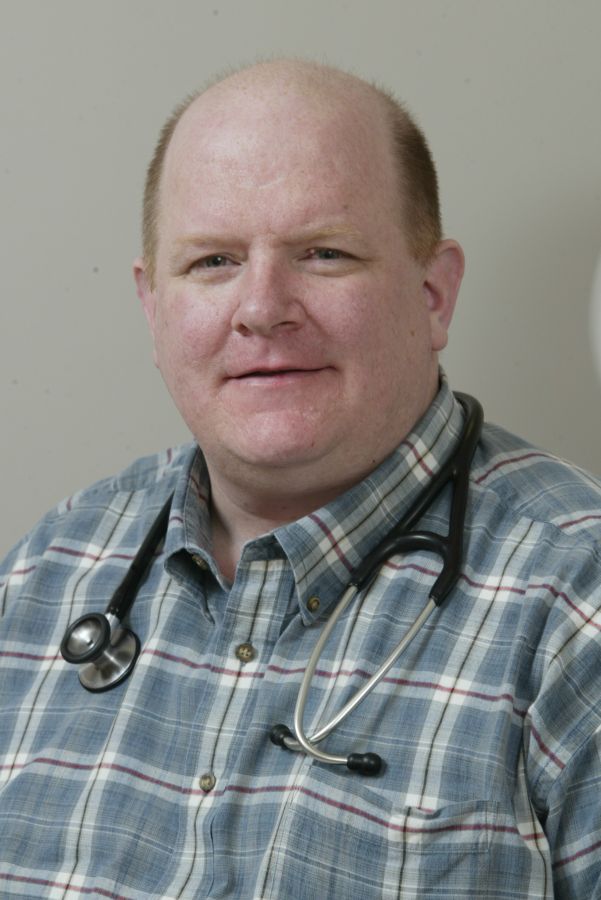 The family would like to thank all of you who have shown us so much love and support over the course of Jeff's illness and especially over the last three weeks of his life. To all of you at Mary Greeley Medical Center and the Israel Hospice House, your care for Jeff was so loving, so tender, and so respectful...it was phenomenal and so moving to witness. And finally to Dr. Hallberg, words can't express how grateful we are for the attentive and caring way you've treated Jeff all these years. As much as I love animals, I'm so glad you forewent veterinary medicine for the human kind.
Online condolences may be directed to www.grandonfuneralandcremationcare.com

6 people have supported the family by purchasing them flowers or gifts from the Healing Registry.

Boyd family I'm so sadden by the news of the passing of Jeff. Things were tough growing up in c,ville. One day things just weren't right some guys were trying to make trouble I looked up and there was Big Jeff. He truly was great guy he always treated as a little brother .I know he will be miss I have all of you in my prayers. Much Love Steve Owens

Jeff and I attended church camp in New Mexico in 1973. Our church bus broke down in the desert so they sent another bus from the camp to pick us up. We both had to fly home early as we had to attend Boys and Girls state in Missouri. Mrs. Boyd picked us up at the airport in Memphis and took us to eat. Then we both had to leave the next day for other trip. We had a lot of fun at church camp. I grew up with Jeff in church and also graduated with him in 1974 . May God be with your family !!!❤️❤️

My thoughts and prayers are with the Boyd Family !!!🙏🙏🙏

Dr Boyd was one of a kind for sure. I was never a patient of his but i trusted him to take care of one of the most important person in my life, my Mama. I lost my Mama 3 years ago so i am sure shes sharing gardening things with Dr Boyd already
To Dr. Boyds family, Thanks for sharing your husband, father, grandfather, son, and brother with all of us. If you met Dr. Boyd once thats all it took

Dr Jeffery Boyd was my heart Doctor for many years in Ames. He was always very attentive.
I respected his decisions regarding my heart care. My thoughts & prayers go out to his family & friends. God bless.

I worked as a nurse at MGMC and knew Dr. Boyd and remember him as a very intelligent and kind, loving gentle man. He will surely be greatly missed.
Jim Bever, Boone

Dr Boyd will truly be missed. He was always kind and gentle. It was an honor to know him. May the Lord wrap his family in his loving embrace and keep his memories alive in their hearts.

Dr Boyd was a good Dr and a very nice man

A wonderful doctor but more importantly, a wonderful human being. He took care of me many years ago. My prayers to all of you at this time of grief. I'm praying you will feel God's arms of comfort around you.

Dr. Boyd was my doctor. He was so kind and caring. He always made time for all my questions. I know how much he will be missed.
Mary Eller

Dr. Boyd was one of a kind. I worked with him in Boone, he also took care of my father as well as myself. Always the professional. He not only respected each and every patient, he respected every co-worker as the individual they were. I have too many stories to share, so I will just add, my like was so much richer knowing this gentleman.

My sincere sympathy to Dr. Boyd's family, friends, and coworkers. I am so sorry for your loss. He is leaving a huge hole in many hearts because he touched so many people.
I used to work as an RN at Boone County Hospital and had the pleasure of meeting and working with him. His gentle and caring soul radiated over his patients reassuring them he would take care of them, and they would visibly calm down. They felt that they had a good and caring Dr. who listened to them, but also had met a new friend, and things were going to be okay.
Being a fairly new nurse I always had questions, (why this?, how does it work?). He was such a good teacher, always willing to explain and teach. He made a difference in my career, giving me new knowledge to consider when caring for my patients. I will always be grateful to him for this.
I also loved and appreciated his sense of humor. Peoples spirits were lifted when he was around!

I'm grateful for reading about Dr Boyd, such a great man. Very sorry to lose him.

I worked with Dr Boyd at Mary Greeley and Boone both. One -ism I remember is him calling something "a funny looking rhythm". He said you can't always nail down everything because each person is unique. He proved the saying about a gentle giant, his heart was as big as the world.

DrBoyd was a wonderful physician and caring human being. He was the first cardiologist I seen at Iowa Heart Center. When he moved to Ames I would get sent to the Ames office to work with the front staff. While there if Dr Boyd was in the office he would always make a point to day hi. And he never forgot my name. On one of my visits, toward the end of his time in the office, he was so excited to show me his grandbabies. You will be missed by do many people Dr. Boyd! Rest in peace!

Dr Boyd was a true gentleman that showed that grace everyday. He was such a kind and gentle soul with such a big heart. I fondly remember attending a conference with him in New York where he directed where we all went to listen to some amazing music in some of the most unsuspecting places. I still think about that trip so fondly. Peace and blessings to the Boyd family .

Dr. Boyd started at Iowa Heart the same month I did (June 1990). As a transcriptionist, I transcribed his dictations. He was so enjoyable to work with. One of his Boyd-isms I recall would be him ending his dictations every time with "JJB over and out." Dr. Boyd, your life was a blessing to the many patients you served and staff you worked with. Well done good and faithful servant. Blessings to the Boyd family.

Jeff filled every space he occupied with a kind presence and a warm smile...the space he leaves will not be easily filled...our hope is in the savior that he clearly loved...

Dr Boyd was an outstanding cardiologist and dear man. He always answered my questions respectfully and kindly. I will always miss him and his unique way with patients. It was a privilege to have known him and learn so much from him. Prayers to all those he loved so dearly.

So sorry to hear of his passing. He was my cardiologist and one of the most compassionate and caring doctors. RIP

Dr. Boyd always had a warm smile and kind word to offer to everyone. As a nurse, it is not often one can sincerely say that this or that physician was never grumpy or cross when under stress. They have a very stressful job - we understand! Dr. Boyd was one of the very few who reflected patience, kindness and compassion to EVERYONE - patients, families, staff. He was very much beloved and missed when his practice moved outside of Mary Greeley, and I know he is very much beloved and missed by all who were fortunate enough to know him. Very heartfelt prayers to all of the family. He was a wonderful physician and a wonderful person

I have known and worked with Dr Boyd since he started in Ames ! He had taken my son under his wing and they became fishing buddies when my son was 10 , he’s 18 today and I am so glad to have had such a kind gentle man mentoring my son ! I am so glad he is at peace but my heart sure does hurt ! I had the pleasure of sitting with him in his last days of life and so grateful for that time . Love you forever JJB ❤️❤️ Michelle and Carson johnson

The attached photos are added to the memorial of Jeffrey Boyd to help share their legacy.

Please help memorize Jeffrey Boyd by recording your attendance below.

Thank you for sharing your memory of Jeffrey