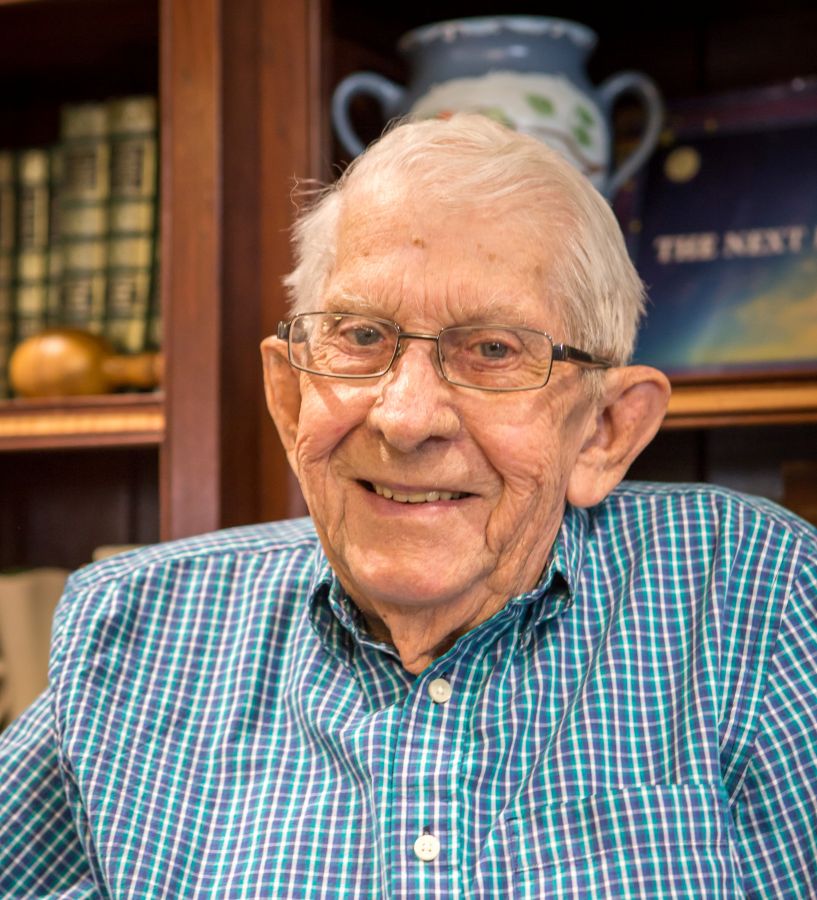 Gene T. Lewis, age 91, of Story City, Iowa, passed away on July 3, 2020 at his home. Due to the current COVID-19 pandemic concerns, a Celebration of Life service will be held at a later date.

Gene was born August 10, 1928 in Elliott, Iowa, the son of James (Bill) Lewis and Vertie (Wright) Lewis. He was a brother to: George, Victor, Bryan, LeRoy, Dorothy, Estella, June, Ila Mae and Mary Ann. Gene graduated from Elliott High School in 1946 and served in the United States Army from 1947 to his honorable discharge in 1948. On November 23, 1952, he was united in marriage to Geraldine I. Mueller in the Griswold Methodist Church, Griswold, Iowa. To this union was born three children: Fred, Linda and Tom.

Gene was a businessman in Griswold and active in the Griswold Methodist Church and involved in local civic activities for many years. In 1985, Gene began working for the USDA in Springdale, Arkansas until retiring in February 1996. While in Springdale, he was a volunteer for the Lifeline of Northwest Arkansas, active in the National Association of Retired Federal Employees, a member of the Loyal Order of Moose in Bethel Heights, Arkansas and involved with the Springdale United Methodist Church.

In lieu of flowers, memorial donations may be made to the Griswold United Methodist Church or the charity of your choosing.
Online condolences may be directed to: www.grandonfuneralandcremationcare.com

May God bless you Gerry and your family at this time of your loss. I shall miss my visits with Gene.

Dear Gerry and family: I am so sorry for your loss of Gene, a wonderful person who will always live close to your heart. May God Bless you during this time and always, with comforting and loving memories and the love of family. Love, Deanna Mueller

He was a very special man!! Prayers to the family Pam (Hansen) Jones

There are not enough words to express my deepest sympathy. What a special friend and co-worker Gene was to all of us at Lifeline of NWA. Gerry we love you and have you in our prayers. Rest in eternal peace my dear friend, Gene.

So sorry to hear of your loss at this time! I hope you we’re allowed in to say good bye but I know many places aren’t. Prayers for your family!

The services for Gene have not yet been added. Please sign up below to be notified when the services are ready.

The attached photos are added to the memorial of Gene Lewis to help share their legacy.

Please help memorize Gene Lewis by recording your attendance below.

Thank you for sharing your memory of Gene