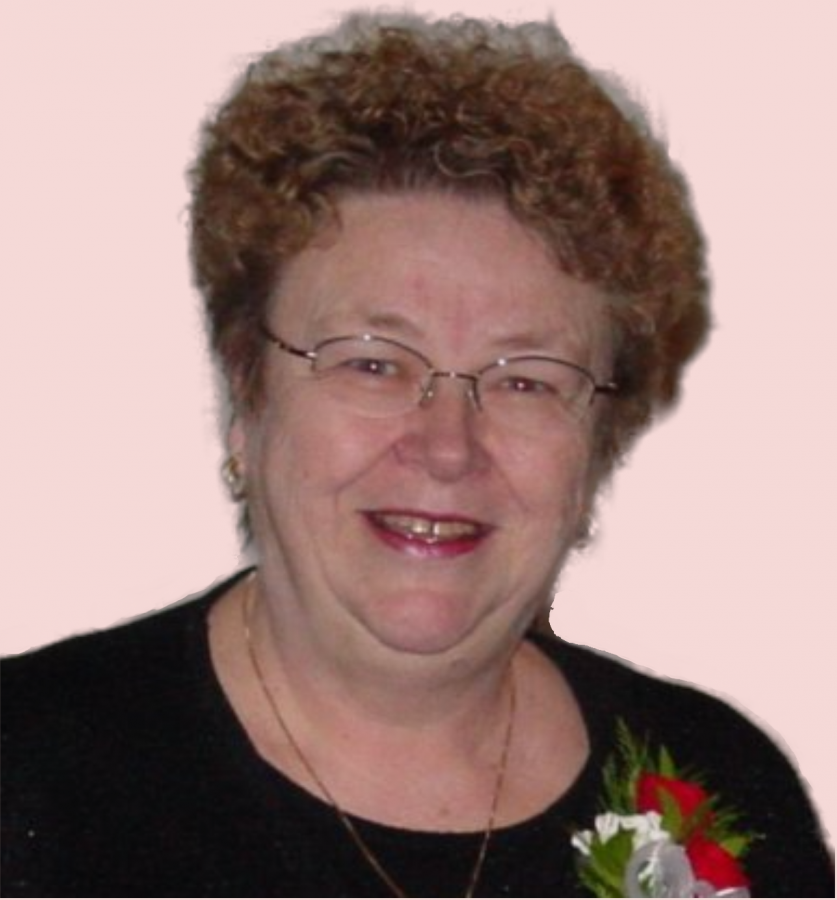 Marty, daughter of Leo and Sarah Jane (Elias) Dublinske, was born on November 2, 1945 in Lake View, Iowa. She and her family lived on an acreage outside of Storm Lake, Iowa. Marty graduated from Storm Lake High School in 1963. After high school, Marty attended Broadlawns School of Nursing in Des Moines, Iowa, where she earned her RN in 1967. While in nursing school, Marty met and began dating Kerry Van Winkle. They were married on June 16, 1968 at Memorial Lutheran Church in Ames, Iowa. Early in their marriage, they lived in Kanawha, Iowa, and then relocated to Roland, Iowa in 1974. They raised three children together, Holyce, Kristin, and Kyle.

Marty worked her entire career as a nurse. Her first nursing position was from 1967-1968 at Broadlawns. After getting married and moving to Kanawha, she worked part-time at the Kanawha Nursing Home and Britt Community Hospital. Upon moving to Roland, she became a nurse at Mary Greeley Hospital in Ames, Iowa where she worked for 32 years. While at Mary Greeley, she served as a nurse and a nurse manager on 2 South and then helped open and lead the oncology department. In 1983 she was named Outstanding Woman by the Ames Chamber of Commerce. Marty loved her nurses and the doctors she worked with. Most importantly, she loved her patients. She was a very caring and compassionate nurse and developed many strong, lasting relationships with the patients and families she took care of over the years. Marty retired from Mary Greeley on January 5, 2005.

Marty loved to be around family and friends and was always very generous in opening her home up to others. Over the years, she and Kerry hosted seven foreign exchange students and one foster daughter. She loved to cook, bake, and entertain. She hosted many gatherings and provided delicious feasts for families and friends. One of her specialties that many people loved was her banana bread, which she made often and delivered to the grandkids and friends. Marty was involved in several different card groups where she enjoyed time playing bridge and socializing. Marty and Kerry enjoyed going out to movies or watching them at home with friends. She also enjoyed working on puzzles while keeping an eye on the neighborhood from her sunroom. Marty and Kerry enjoyed traveling, especially for the annual Van Winkle week at Table Rock Lake. Over the years, many different extended family members and friends joined them there for a week of fun and bonding. Marty was a very loyal coach's wife. She was a dedicated supporter of Kerry and his teams from the stands or up on the hill on Friday nights, and she hosted many Sunday night film gatherings for the football parents. Marty was an active member of Salem Lutheran Church in Roland. Over the years she served Salem in many different capacities and on many different committees, was part of the ladies' groups, and tremendously enjoyed adult Sunday School and their prayer group. She was very integral in starting and organizing the Salem Spring Teas. She looked forward to planning the event and enjoyed decorating and hosting a table each year.

In lieu of flowers, the family invites those who would like to donate to the William R. Bliss Cancer Center at Mary Greeley Medical Center, where Marty spent most of her nursing career, by going directly to the link below and designate funds specifically to Bliss in Marty's honor: www.mgmc.org/foundation/donate/make-a-gift/

Kerry and family, What a wonderful smile and friendly greeting Marty always had for everyone. Her wonderful contributions to the Bliss Cancer Center will long be remembered. Deep sympathies to each of you. She was a great person and now is at complete peace in the arms of her Lord. Jeanette La Grange

Marty was a favorite of everyone at MGMG! I always looked forward to seeing her. She was so respected! So sorry for your loss.
Karen Hoiberg

What a lovely lady! Marty is an absolutely shining example of a loving and caring wife, involved and supportive mother, and proud and doting GRANDMOTHER! My love to Kerry, Holly, Krissy, and Kyle, and all the grandkids. Marty was a blessing.

My heartfelt sympathies to Kerry and families! Marty also “raised” me in my early nursing career! I am proud to call her my mentor and my friend! Dena Sprecher

Marty cared for both my mom, Alice Tungesvik, and sister, Marilyn Reisetter, while they battled their cancer.

She gave them and us excellent care and support. She had a special gift; we are so glad she chose nursing.

I knew her from Salem church from coming back to various events especially the memorial day luncheons. She normally sat at the table taking the money.

May God comfort all of you now and in the days, months, and years ahead.

The attached photos are added to the memorial of Marty Van Winkle to help share their legacy.

Thank you for sharing your memory of Marty