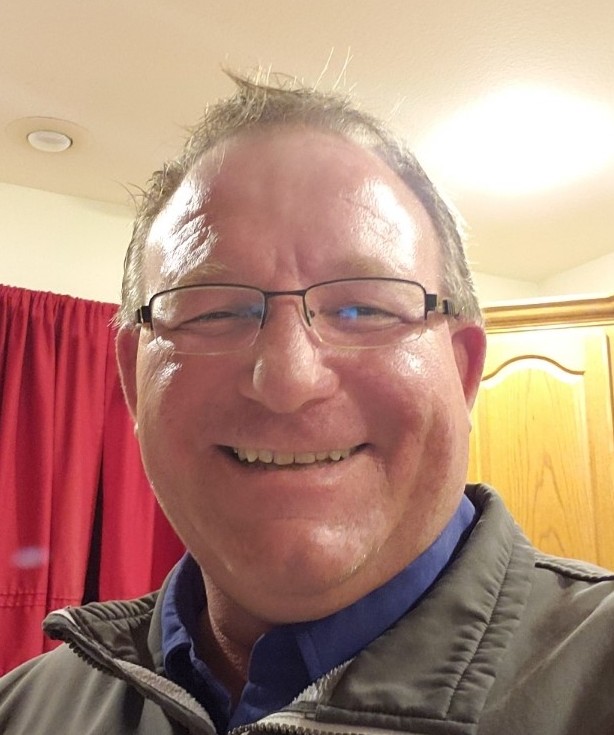 Douglas Wayne Krogman was born August 27, 1970 in Sibley, Iowa to Wayne and Arlene (Roetman) Krogman. He attended Spirit Lake High School where he was a tutor for lower grade students and voted 'Best Athlete'. Doug was involved in football, track, wrestling, and baseball. He went to state for wrestling, broke track records in relays and sprinting and was a left-handed pitcher, but batted right, in baseball. After high school graduation, he attended the University of South Dakota, to play football, in Vermillion where he was a member of the fraternity, Lambda Chi Alpha AG-1459. Doug married Christy Heidenwith on September 23, 1995 and from this union, Kyler and Madison were born. On May 18, 2002, Doug married Chandra Hendrickson and this union brought Chelsie and Dustin. Their family of six grew to seven with the birth of Meagan.

Once you met him, you were friends. Doug wanted everyone to know how important they were to him and never deliberately left anyone out. He was always there to lend a helpful hand in any way he could. Doug enjoyed both bow and shotgun hunting as well as watching his team, the Dallas Cowboys. He was a part of a Fantasy Football league that his son, Kyler, helped him set up and to his delight won his division with a cash payout. Doug was blessed with many things, but his most celebrated treasures were his late wife, Chandra and their children and grandchildren.

In lieu of flowers, memorials may be directed to Doug's family.

I can’t seem to stop wanting to call or text you. I don’t know why God chose you.

You took a huge peice of my heart with you. Please tell dad I love him and miss him. Smile always for our LORD AND SAVIOR. Mom

I am so sorry for your loss. I knew Doug through my son Matthew, who worked with Doug at the car dealership. Doug was such a great, kind person. Always had a smile! My thoughts and prayers are with the family!

I looked at may phone yesterday at frequently called numbers, I called Doug more often than I called my wife. I worked with Doug over 10 years. His job was many times stressful but Doug was never short with me and always quick will a smile. Doug was always a pleasure to be around. In the end what more can you say about a person.

Arlene and family,
We are so saddened and sorry for your loss . May God bless you and bring you peace. Eve and Linda Hatlanf

Praying for the Krogman family as well as all who knew & loved him. A tragic loss.. may his legacy of kindness, laughter & love be what is remembered most & what inspires us all to be better humans. God Speed. RIP Doug ❤️ The Brown family.

godbless the krogman family,doug will be remembered by us forever we are so sorry for your loss.

The world lost a wonderful individual when Doug passed way to soon. He was a positive student at Spirit Lake High School. He'd look at you & give you that little grin of his and you knew he was up to something. He enjoyed people and was very personable. To all of his family, may your memories get you through this difficult time. Arlene, I am so sorry for your loss.

I have so many memories of Doug growing up! He was one of my brothers best friends. His mother Arlene cut my hair for years. All of my memories are great! I loved that you and my brother kept in touch all of these years! My thoughts and prayers are with Arlene, the entire Krogram family and anyone that had the pleasure of meeting Doug! I will always remember your smile! RIP

My sympathy to your family.

Arlene and family - I am so sorry for your loss. His smile was the best and it came from his heart. Thoughts and prayers during this sad time.

Saw Doug not long ago after not seeing him for years. Had a great time visiting about the "old days" So sorry to hear of his passing

Saw Doug not long ago after not seeing him in years. It was great seeing him and had a great time visiting about "the old days" So sorry to hear of his passing.

We are sorry for your families loss. Doug was a great kind strong person in Spirit Lake, High School, Church, and sports.

So sorry to hear this! My sympathies to all of you.

Dear Arlene-please know that I will be keeping you in my thoughts and prayers. I am so sorry for your loss. Your son sounded like an amazing man.

I am so sorry for your loss!

Arlene and family I am so sorry. Wishing the Lord's peace to you all.

Thoughts and prayers to Arlene and family. Doug will be missed. Leslie Harris

Heartfelt sympathy to Arlene and Family. Tom and Jan Harris

OUR SYMPATHY TO ARLENE AND FAMILY. WE KNOW HE WILL BE GREATLY MISSED. BILL WILL SURELY MISS TALKING TO DOUG ABOUT 'CAR DEALS' ON THE PHONE WHICH THEY DID OFTEN. WE ARE THINKING OF YOU ALL.

I remember Doug as a 6th grader. Always had a smile and that twinkle in his eyes. So sad.

I worked with Doug at Lithia in Ames. He from day one was open, cheerful, and worked very hard for his staff and customers. Had the pleasure of a few away from work times where I got to know Doug in a more personal manner. He was very proud of his children and his family. He was and is an amazing person and one of those that impacts your life in a positive way. Quick to laugh, sharp witted, we lost a good man. My prayers go out to his loving family and children during this dark time. God bless you and God Bless Doug.

Family of Doug, he always had a smile and kind words every time we saw him. He was a friend of ours and to our son Ryan Johnson. Our prayers and sympathy to you all.
Terry and Mary Heidebrink

It was so sad to hear of Doug’s passing. He was a very very nice person to everyone he met. If you met him once you had just met a new friend. God bless Doug’s family and friends and give them comfort during this sad sad time. I can hear all the laughter and the jokes already when Doug meets his dad in heaven. I would love To see this reunion because I can already hear the laughter and see the love. Godspeed

You left us too soon. I will never forget all the memories we shared. We all love you and miss you so much.

Your wit and warm-heartedness will be missed. My sympathies go to your children, grandchildren, siblings and to your Mom. Watch over them, Doug!!

I love you and miss you so much already❤

The attached photos are added to the memorial of Doug Krogman to help share their legacy.

Please help memorize Doug Krogman by recording your attendance below.

Thank you for sharing your memory of Doug