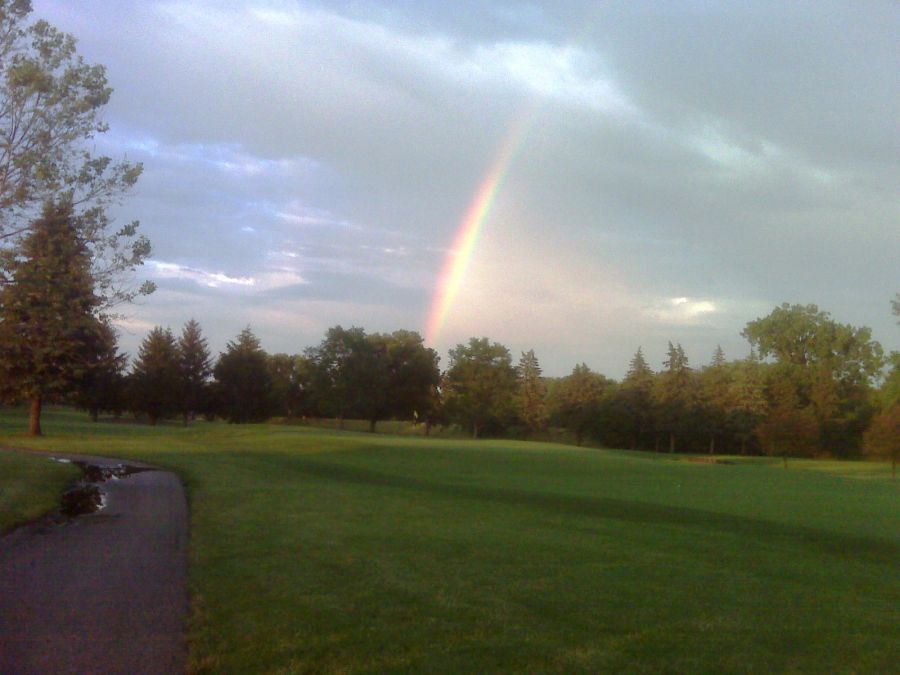 Charles Hoffman Glotfelty passed away on Tuesday, February 16, 2021 at the age of 87 after a battle with leukemia. He took his last breath at Mary Greeley Hospital in Ames, Iowa, where he was surrounded by his wife, children and grandchildren.

Chuck was born in Denison, Iowa on November 4, 1933 to Warner and Inez Glotfelty. He graduated from Denison High School in 1951 where he was a decorated athlete, excelling in football, basketball and track. Chuck also played saxophone in the band and sang in the choir during high school. He went on to graduate from the College of Veterinary Medicine at Iowa State University in 1957.

Chuck married Bonnie Ahart of Dow City, Iowa in 1955 and during their 65-year marriage had four children. They moved across the country for Chuck's career seven times before landing in beloved Ames. He started his career as a private practice veterinarian, served two years in the US Army Veterinary Corp, before a 37-year career with the USDA in Food Inspection. Chuck retired as a Regional Director in 1997.

His legacy will be remembered by the impact he had on his loving family. They will miss sitting on the back porch listening to stories, discussing current events and the latest Cyclone game, and his genuine interest in everything those he loved were involved in.

He loved attending both ISU and Ames High School events, especially when he was able to watch his children or grandchildren participate. He enjoyed rounds of golf at AGCC, dinner with Empty Nesters, his blackjack group and outdoor activities with family and friends. His family was blessed beyond measure by the presence of his life.

Chuck was preceded in death by his parents, sister JoAnn Pedrick and brother Robert Glotfelty.

The family wishes to express their heartfelt gratitude to all the physicians, nurses and support staff who cared for Chuck at Mary Greeley Hospital.

A family celebration of life will take place at the Ames Municipal Cemetery at a later date.

Remembrances and Condolences may be posted at Grandon Funeral Home at www.grandonfuneralandcremationcare.com.

To Bonnie and Chuck's Family,
I am a Golden K member and have many fond memories of Chuck and the many things he did to make our organization strong and sustainable. A memory I will share is, I brought one of my grandsons who was a member of the Boston College basketball team, to a Golden K meeting, and Chuck made him feel right at home, just as if he were one of his kids. Chuck was a fantastic guy, and our Golden K group will miss his leadership and caring attitude. We share your family's grief. Don Muff

My heart is sad at hearing of the loss of sweet Mr. Glotflety. I have so many fond memories of sitting at the ‘men’s table’ during fellowship after Church. ‘The wives’ had their own table just adjacent and the men would frequently ‘mess with them’ by throwing pieces of napkins over to their table just as I imagine they did as mischievous little school boys many years ago! I always got such a kick out of the mens’ assessment of the previous day ISU games wins or losses. I feel blessed to have had my own special relationship with Mr. Glotfelty through his warm smiles and gentle hugs. Bonnie, I pray that God keeps you surrounded in His loving arms for comfort until you meet up again. And to Janet/Perry/kids, Dr. Joe/family, I pray that the lifetime memories of your Dad/Grandfather/Greatgrandfather will remain in your hearts to give your peace always. I’m so thankful for the blessing of knowing Mr. Glotfelty. Love to you all, Stacy Smith

Dear Bonnie and family, We are so sorry for your loss of such a great man. We shared so much with you and Chuck at our monthly dinners with our Empty Nesters group. The family you and Chuck created carries on your love. Chuck touched so many of us. We are all grieving with you.

Bonnie and the Glotfelty family: Bill and I offer you our most sincere sympathy. We pray that all the beautiful and precious memories of Chuck's life bring you peace!

I am a Golden K member and I had many cups of coffee with Chuck. He always stepped up when there was a need in the club. He was great to visit with and discuss sports with. He has been missed and will continue to be missed in Golden K
Duane Brodie

I am a patient of Dr. Joe Glotfelty. I am so sorry to hear of your loss. Your father did a wonderful job raising you. My heart goes out to you and your family and loved ones.

You have the sympathy of myself, Nancy Stepanek Rosburg, as well as the rest of the Stepanek and Ahart family members still living in the Dow City area. We all know that he was a great guy and he will be missed by so many.

Our prayers and sympathy are with you and your family Bonnie. Charles was a special person and we remember all the Sundays we sat near you at First Methodist. God Bless

So sorry to hear of your loss. We are thinking of you.
Greg and Kristin (Andersen) White-classmates of Joe

The services for Charles have not yet been added. Please sign up below to be notified when the services are ready.

The attached photos are added to the memorial of Chuck Glotfelty to help share their legacy.

Please help memorize Chuck Glotfelty by recording your attendance below.