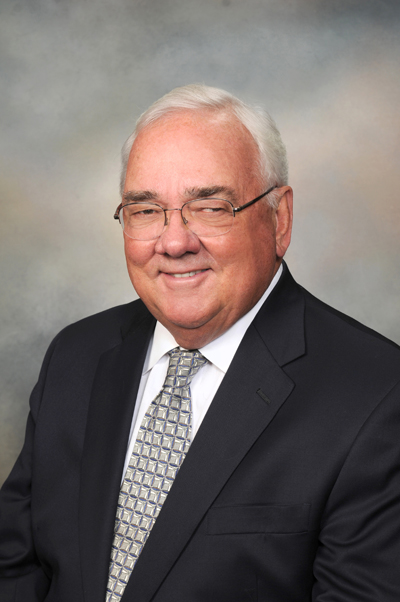 A long-time resident of Ames Iowa, unexpectedly passed away peacefully in the early hours May 16, 2021. A visitation will be 4-6:00 p.m. on Wednesday, May 26, at Grandon Funeral and Cremation Care, 414 Lincoln Way, Ames. A 10:30 a.m. funeral service, Thursday, May 27 at First United Methodist Church, 516 Kellogg Ave, Ames. Burial will take place at Ames Municipal Cemetery.

While working for John Deere, Don met and married Beverly Mae LeFevre in Waterloo, Iowa. He then returned to ISU, lived in Pammel Court, and earned his Masters Degree in Mechanical Engineering. They raised three sons in Ames, Cory, George and David.

Don joined the ISU faculty - teaching in the Mechanical Engineering Department from 1964 to 1976. There is a laboratory in Howe Hall named in his honor. With his encouragement, all three sons graduated from Iowa State University.

In 1976, Don resigned his faculty position and started Wandling Engineering, PC. He became a successful, nationally known expert in product liability and accident reconstruction. He was technically outstanding, a great communicator and teacher, testifying in state and federal court. He passed the business baton to son, George, in 2010, but remained a valuable asset advising and counseling on complicated projects. His memory and experience in the field was nothing short of amazing.

Don was a die-hard Cyclone fan for over 60 years. As a member of the Order of the Knoll, he
supported ISU Athletics and the Alumni Association both through his presence and generosity. Furthermore, as an active member of the Ames community, he served as the President of Ames Noon Rotary, supported YSS, the Center for Creative Justice, the Octagon, was a board member for Mary Greeley Medical Center and countless engineering societies.

After grieving Beverly's death, Don was blessed with Barb Brandt Matson as a bride and life partner in 2006. Barb and Don retired to homes in Spirit Lake, Iowa and Naples, Florida. They golfed, dined and danced for 15 wonderful years. Don's passions, aside from family and friends, included piloting his Cessna twin engine coast to coast, breaking into spontaneous song, dancing a crowd-pleasing jig, and fine scotch whiskey.

As a much loved grandfather, he encouraged and provided ongoing support for education, family vacations... skiing in Colorado, water fun in Okoboji, and angling in Canada. He was an avid enthusiast of golf and fishing - not only with sons and grandsons, but also with many friends from Iowa to Florida.

Memorials may be directed to Mary Greeley Medical Center or American Cancer Society.

Reading these stories and watching the tribute video bring back such great memories. Many of my best summer memories include Don and his amazing family - what an amazing crew! Sending all my love to a wonderful family

My deepest sympathy to the Wandling family. Don was a very generous donor and supporter of the mission of Youth & Shelter Services. I'm very grateful for his support and guidance. As the founder and CEO of YSS for 40 years, I owe Don a great deal.

Don was a great Ames and Iowa State proud supporter and one of my favorite Ames Noon Rotary Presidents! My sympathy to Barb and all the Wandling Family.....
Betty Baudler Horras

I want to extend my condolences to all of Don's family. He as been a friend for a long time as well as one of my favorite patients. In my early morning schedule review, his name on the schedule was always a bright spot as we had so many meaningful conversations in addition to having the privilege of providing his dental care. We shared a common bond of high ethical standards in our professions and I will miss his laugh and friendship...Don Good

Dear Barb and family. What a shock, lots of wonderful times together. We solved many of the worlds problems over scotch and a song. Ed Hendrickson Sr. Okoboji

We are so sorry to hear of Donald's passing. What wonderful memories must have been created. Our sympathy to all his family and friends.

The attached photos are added to the memorial of Donald Edwin Wandling to help share their legacy.