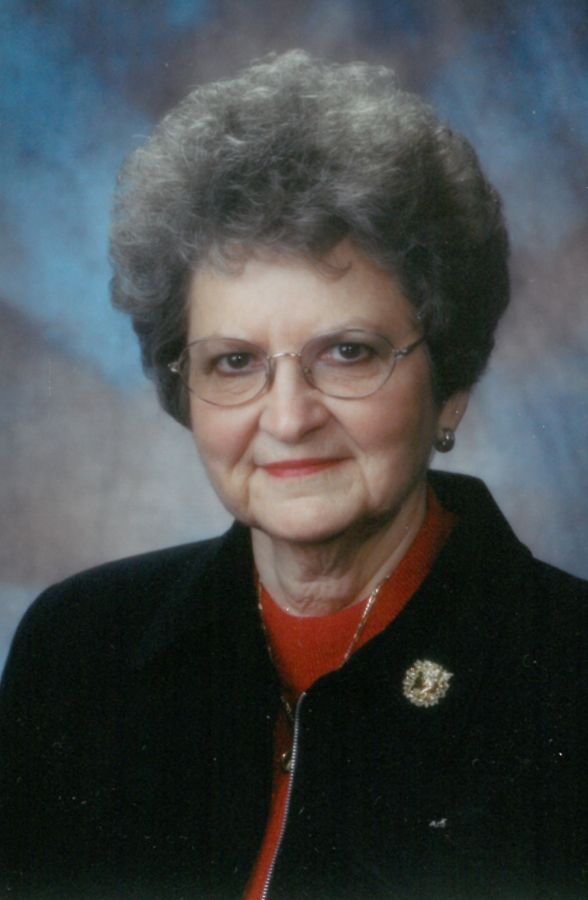 Donna Fae Beck was born on December 9, 1935, to Carl and Clara (Van Gorder) Beck, in Fairfield Township, Iowa. Donna attended Maquoketa High School and was a proud member of the class of 1953. She continued her education by enrolling at Iowa State University and received her bachelor's degree in home economics in 1957. After graduation, Donna worked as an extension home economist in Independence, Iowa. On December 21, 1958, Donna was married to the love of her life, Wesley D. Schepers, in Preston, Iowa, at Saint John's Lutheran Church. The two would make their lives together in Lost Nation, Iowa. They enjoyed farming and, during these years, Donna taught for Northeast Community Schools, Goose Lake, Delwood Community Schools, Elwood, and Maquoketa Community Schools. In 1964, Donna and Wesley moved to Arizona where Donna attended Arizona State University and worked as the dietician for Motorola in Phoenix. The two longed to return to Iowa during their time away and made the move back in 1969. Donna taught at Ames High School until her retirement in 1995.

Donna was a member of Ames First United Methodist Church, The Order of The Eastern Star, NTEA, 4-H, P.E.O. chapter HN of Ames, and also an avid fan of Iowa State Athletics.

Left to cherish Donna's memory is her daughter, Deanna Cosgrove, of Franklinville, New Jersey. Donna is preceded in death by her parents, Carl and Clara, husband, Wesley, and sister, Maradeth Houstman.

Memorials may be made to the charity of your choice.

Online Condolences may be sent to www.grandonfuneralandcremationcare.com

Deanna, My sympathies to you. I had your mother as a teacher in Ames High School. I loved her classes and took as many as I could. I remember she taught us about budgeting. We were given a profession and told where we would live, and every now and then she would throw a monkey wrench into our perfect lives. Like a broken leg, ie, unplanned medical expenses, lost of work, a graduation gift, moving expenses. All were lessons well learned, and keeping financial records. To this day, I have the best filing system of anyone i know. I live on a budget, and have only been over drawn once in my 63 years. She was a great lady. I thank her for shaping my life. Renee Barnhouse-Kayser AHS Class of 1976.

My mother was always an upbeat person. During her heart attack, she joked with the paramedics. She said, "Now be careful with me. Remember, I'm an old lady."

From knowing Donna Fae for well over twenty years she was the easiest person to talk to I have ever met. I will always remember the trip to Nashville for my son's graduation and the trip for my dad's 80th birthday. What a great, charming lady.

I knew Donna for many years. Although we are shirt tail relations somehow thru my Grandma Daisy Drumm. I enjoyed Donna when I joined the Maquoketa high School band and we were in the Drum section. She was enjoyable and had this great since of humer when we where practicing. I also knew her thru the class of l953 which my husband was part of. So we had many different things to visit about when we would get together. She will remain in my memory as a wonderful smile and great to visit with.

Donna or rather Fae as I mostly knew her to go by was a great friend of our family. She was such a delight to have around and to talk to, always interested in what was going on in my life. So many great memories of her (and Wes) tailgating before ISU football games and so other get togethers. She was a great friend to both my parents. I know my dad especially enjoyed sharing banter with her. You will be missed by many.

Donna Fae got me tested when I was a student in her class at AHS and that test resulted in the discovery of a reading comprehension learning disability. This greatly increased my test scores and really helped my adult life in so many ways-ways that are still seen today. Thank you Donna Fae for caring.

Donna was my home economics at Northeast in 1961-1963. I loved her and my first sewing project I made an apron. She was always so patient with us but we knew to pay attention! I have wondered over the years where she was and thank the family for putting the obituary in the Clinton Herald. I have wonderful memories of her. Love and prayers to her family. Joanne (Voss) Tietjens class of 1963.

Donna and I became acquainted when we were both teaching home economics. She at Ames and me at Gilbert and Webster City. Always enjoyed visiting with her. She had a delightful sense of humor. I enjoyed seeing the photos of her life well lived. So sorry for your loss.

Mrs Schepers was one of my Home Ec teachers in high school. She was one of the nicest, sweetest ladies ever.She is one that I have never forgotten. Jane (Carlsen) Brandt AHS class of 1973.

The attached photos are added to the memorial of Donna Fae Schepers to help share their legacy.

Thank you for sharing your memory of Donna