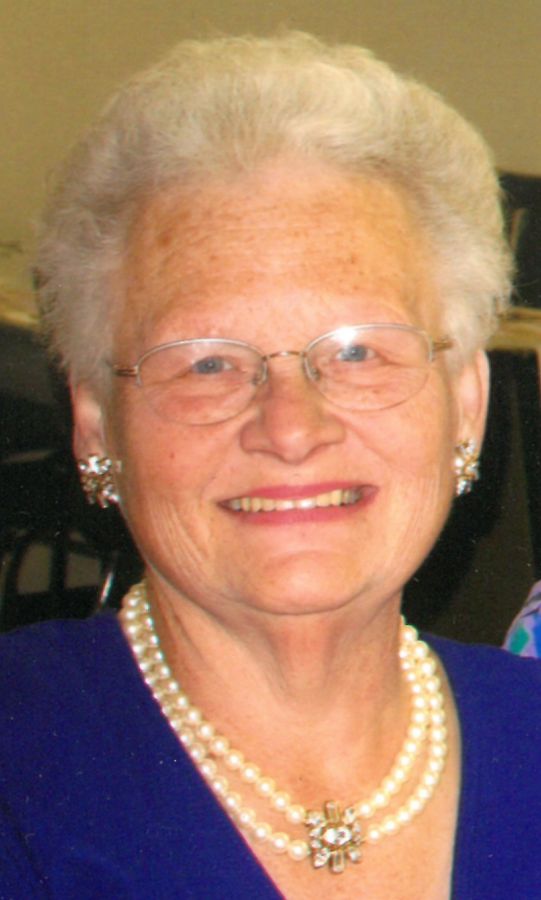 Karen Marlene Keech was born August 3, 1939, in Boone, IA to Harold and Carrie Ferguson. Karen attended Boone High School while working for her father's grocery store then for Chicago Northwestern Railroad as a secretary. She worked at Harlan's Grocery Store and at 4 Sons Handy Shop in Story City part time. Then continued to work at Randall's Grocery in the Bakery and eventually at ISU Dining Services, where she retired after 20 years of service. After retirement, she worked part time at McDonalds. While she was raising her family, working on the family farm, and her career, she also sold Avon for more than 50 years.

Karen married Richard (Dick) Lee Keech on June 1, 1958, in Boone, IA. They lived on the Louie Sinn farm west of Story City where they grew their family, joyfully welcoming daughter Julie Keech and sons Kevin (Diana) Keech, and Kent (Karen) Keech. Dick and Karen ran the farm with their three children, farming row crop, raising cattle, hogs, sheep, and horses. You would commonly find Dick and Karen running a Chuck Wagon at farm sales, estate sales, auctions, and horse shows. The family also continued to thresh oats until 1969. Neighbors would get a good show once a year, when the cattle would be driven two miles down the road from the north pasture back to the home place. Karen continued to farm until 2021, when her health declined. After Dick's death, Karen joined Kent in the custom bailing business, completing the customer service and financial tasks.

Karen had many hobbies, which included card games, cribbage, croquet, and dancing. Karen and Dick loved to Waltz and 2-Step, they would steal the show with their energy. She was a shark at the card game Blitz and unbeatable in croquet. She enjoyed having friends and family over for outdoor picnics and friendly card games. Her family and friends were the most important to her, and her love has been shared with many.

Karen had two grandchildren Levi (Ashley) Keech and Mariah Keech. Dick and Karen enjoyed having their grandchildren running around the farm, and teaching them how to work hard, but also have fun. Levi and Mariah had many animals to play with and tractors to ride on. They would spend their summers working with Dick and Karen on their 4-H animals. Karen would work right next to them shoveling manure and if there was even one thistle in the pasture, Karen would load up a shovel and dig it out and drive around to make sure there weren't any more. Dick and Karen would also take the grandchildren to the Iowa State Fair, the Zoo, Neil Smith Wildlife Refuge, and Boone Pufferbilly Days.

Karen is preceded in death by her parents, brother, adopted mother-in-law, and husband. She is survived by her 3 children, Julie Keech, Kevin (Diana) Keech, and Kent (Karen) Keech; two grandchildren, Levi (Ashley) Keech and Mariah Keech; sister-in-law and husband Mr. and Mrs. Leonard Jr. Madden and their daughter, Wendy (Jim) Duncan and family.

Julie, my condolences to and your family on the loss of your mother and your best friend.

A loving, kind and a best friend to me as well as others. My last visit two weeks ago was special. Rest In Peace with Dick my friend.

I was a classmates of Karen's from junior high thru high school. We chummed around together. She always had a smile. What a nice tribute you wrote for her. I will share it with our class. Roxanne Rose Aplanalp

Heaven gained a beautiful angel. Now her and Uncle Dick will be dancing together again. Thinking of you all. Jim and Wendy Duncan

So sorry to hear about the passing of Karen , she was a wonderful lady !

God's peace and comfort during this time.---Mark and Pat Minnick

I enjoyed working with Karen at McDonalds!!! She was a very nice lady!!! I am very sorry to hear about the loss Karen!!! From Judy Andrew.

So sorry to hear of the loss of your Mother, Mother in law and, Grand Mother!
Marc and Debra McGinn

Such a great lady through and through. She was always there in good and bad times for our family and was like our 2nd mother in story city. I will miss seeing her out at the farm. She had a wonderful laugh and a great big heart. She didn't know a stranger and you never had to wonder how Karen felt because she was outgoing and spoke her mind. Our family was blessed to have such a wonderful family as friends

Karen was a beautiful lady inside and out! I had the pleasure of being introduced to her by her daughter, Julie, who was Karen's delight, and I was an Avon customer of Karen's. She will be sorely missed by her family and friends. Prayers for fond memories to sustain the family during this difficult time.

Condolences to the family on Karen’s passing. She always made me laugh when we visited. A lady of many talents who will be remembered by many. Jerry and Terry Greenfield

Karen was a "light to the world". So much fun to be around. She will be greatly missed!
Bill R. Yungclas

The attached photos are added to the memorial of Karen Keech to help share their legacy.

Please help memorize Karen Keech by recording your attendance below.

Thank you for sharing your memory of Karen