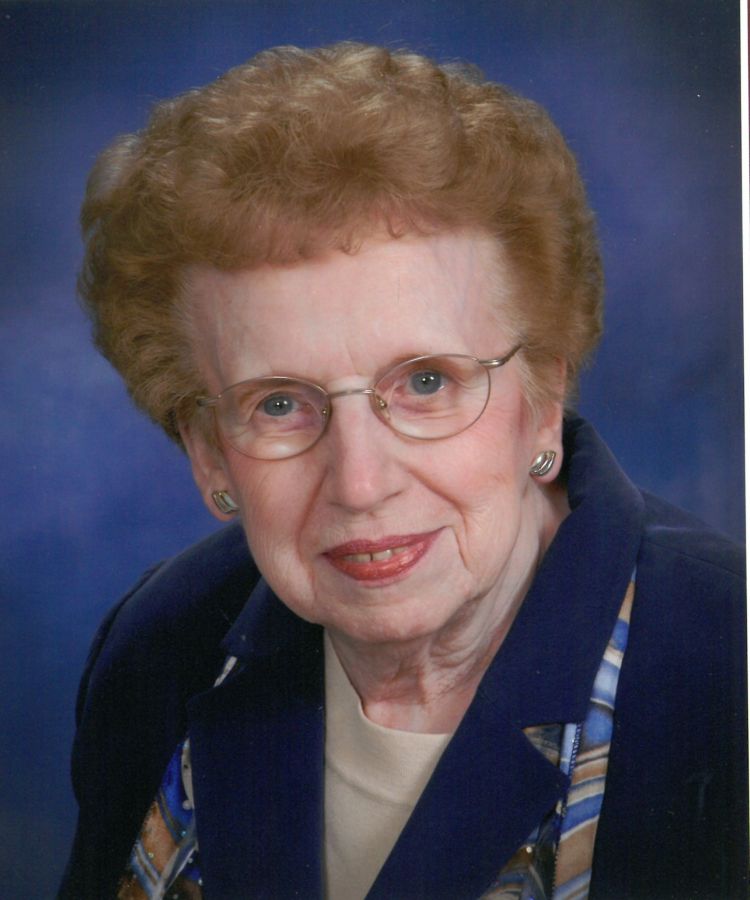 Juanita Ruth (Case) Dunn was born August 22, 1929, on the family Farm Near Corning, Iowa the daughter of Charles and Zepha Case. At the age of four she was asked to speak a piece at her big sister's school program and when she stood up to speak, she sang the words. That was the beginning of her singing career. During her childhood she and her best friend sang together at many events in their communities and nearby towns.

When she was 11 Juanita joined their local 4-H club where she became very active until she left college. She always felt 4-H gave her an excellent background for life. While she was in high school, she participated in many vocal music and speech activities. After graduating from Corning High School, she continued pursuing her love of music at Parson's College where she graduated with a Bachelor of Music Degree. It was there she met the love of her life Robert Dunn. After graduating she became a Vocal Music and English teacher in Cromwell, Iowa while Robert was serving in the US Navy.
Three years later, on September 15, 1954, she married Robert at the Methodist Church in Creston, Iowa. To this union two children were born Kenneth Eugene, and Lynda D'Anne. Four years later, Juanita returned to teaching in Cromwell and later in Corning. Juanita directed church choirs in the towns where they lived. During their lifetime Robert and Juanita sang in community choirs, church choirs, and musicals. Music was a very large part of their life.

After retiring she turned her love of sewing into quilting and has made close to 100 quilts having quilted all of them by hand. Juanita has always been very active in her church either directing or singing in the choir and working in many ways with the United Methodist Women.

Juanita is survived by her son Kenneth (Janet) Dunn, her daughter, Lynda (Brian) Downs, her grandchildren, Andrew, Ashley, and Katy Dunn, Heather (Steve) Fritzpatrick, and Melissa (Brett) Stoulil, and six great grandchildren, Jaxon, Kaia, Kwyn, and Kacyn Stoulil, Ryan and Liam Fitzpatrick, brother in-law Richard Dunn, and sister in-law Dorothy Dunn and many nieces and nephews.
She was preceded in death by her husband, Robert, her parents, her sister, Rowena (Russell) Ramsey, a brother Verl in infancy, her mother in-law Frances Dunn and sister in-law Joan Dunn.
Memorials may be directed to the Sun Crest Hospice or Choir at First United Methodist Church in Ames, Iowa.

Lynda and family, So very sorry for the loss of your Mom. What a sweet and talented lady. My condolences to you and your family. May she rest in peace. Cherish all the wonderful memories. Hugs!

The attached photos are added to the memorial of Juanita Ruth Dunn to help share their legacy.

Thank you for sharing your memory of Juanita