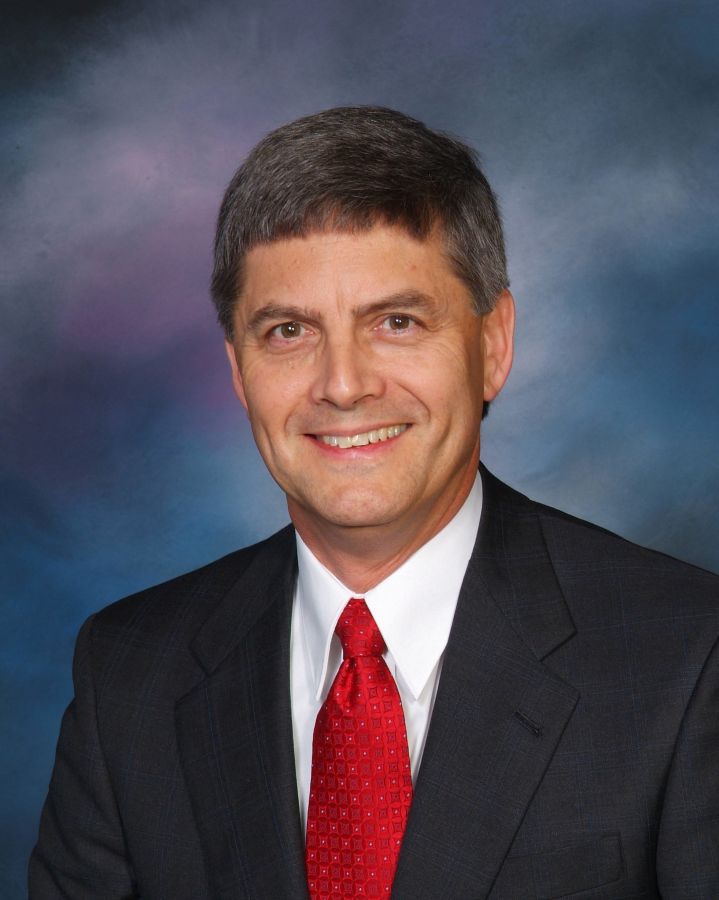 Rod was born Sept. 6,1951, to Harry and Lucille (Bieber) Place in Worthington, MN. Most of Rod's growing up years were spent on farms near Round Lake, MN, graduating from Sioux Valley High School in 1969. He attended Worthington Junior College earning an Associate in Arts Degree, and graduated from South Dakota State University with a degree in Agriculture Education.

During Rod's high school years and with his involvement in the Future Farmers of America, Rod developed a quality herd of purebred Duroc hogs. His Duroc herd gained a great reputation in the Midwest for the quality of breeding stock that was produced. A highlight for Rod was showing and being awarded the Grand Champion Duroc boar at the Minnesota State Fair at the age of 19.

Rod remembered well his "Summer of 1969" with his high school graduation, Apollo's first landing on the moon, and his Military Draft Lottery #6.
Rod served in the United States Army Reserve beginning with his basic training in Ft. Campbell, KY, in 1971; Quartermaster School at Ft. Lee, VA; and was assigned to the 452nd General Supply Company in Worthington, MN, until his Honorable Discharge in 1977.

Rod met Ingrid Lynn Paulson at SDSU and they married on July 19,1975, in Aberdeen, SD. From this union, Kirsti Ingrid, Nicholas Rodney, Rolf Erik, and Marit Gena were born. They started their married life in Ortonville, MN, where Rod had his first teaching position teaching Vocational Agriculture. Then to Stewartville, MN, to teach another three years. Rod, along with Ingrid and Kirsti, moved to Iowa in 1979 where he worked for the Ralston Purina Company as a field manager, first in Washington and then in Ottumwa. While in Ottumwa, Rod began his career as a financial advisor with Aid Association for Lutherans (later becoming Thrivent Financial), which continued as a very fulfilling career of over 35 years. In 1989, the family of six moved to Ames, IA, and put down deep roots.

Rod enjoyed volunteering in his churches and communities. In Ames, he was on the steering committee to form the Central Iowa affiliate of Habitat for Humanity. Years later Rod served on the board and became board president of Habitat for Humanity of Central Iowa. At Bethesda Lutheran Church, Rod served as President of the Congregation and on various boards and committees. He was a member of the Ames Noon Rotary Club.

Rod loved ocean beaches and traveling with his family, especially the summer trips with the children. And the trips with Ingrid to Maui and Kauai in the winter, to Paris celebrating anniversaries, hiking the Swiss Alps above Zermatt, as well as memorable cruises to Normandy and Omaha Beach and the British Isles. Rod enjoyed watching the children's activities - dance, Nutcracker performances, cheerleading, band, ice hockey, baseball, and scouting where he traveled with the troop to Boundary Waters for canoeing and camping. And of course, the grandchildren's activities which he loved to watch. He had a soft spot for animals, especially for all the family dogs over the years. Rod's favorite pastime was his Traeger smoker and the delicious meats that he enjoyed sharing with his family.
Rod is survived by his wife Ingrid; daughters, Kirsti (Jason) Minion, Ames, and Marit (Brady) Eekhoff, Webster City; sons, Nicholas (Katie) Place, Grimes, and Rolf (Layne Grubb) Place, Campobello, SC; granddaughters Hattie Pearl and Ellie Marie Eekhoff, Webster City; and Spencer Jean Place, Grimes; grandsons, Leif Walter Minion, Ames, Paxton Rodney Place, Campobello, SC, and Cameron Rodney Place, Grimes; brothers-in-law, Robert (Shirley) Paulson, Knoxville, TN, and Ronald Paulson, Parker, CO; and mother, Lucille Place, Spirit Lake, IA. Rod was preceded in death by his father and mother-in-law and father-in-law.

Online condolences may be directed to www.grandonfuneralandcreamtioncare.com


Posting as Who are you posting as?

Dear Ingrid and family,
Our condolences and sympathy are with you at this time.
Rod was a fine person and will be missed by
all in our family.
God bless you and his memory,
Dan and Ann

So sorry for your loss. I feel privileged to have had the opportunity to get to know you folks & work with you. Deb West

Len and Sue Golke, Aid Association for Lutherans on Nov 18, 2021

We were saddened to learn of Rod's passing. I remember when I first recruited Rod to AAL. He was a hard worker, genuinely cared for people, and was trustworthy. A credit to not only the company he worked for, but also to his community. He placed God and family above all else. He will be missed. He best represents what Jesus says in Matthew 5:16, "Let your light shine before people in such a way that they may see your good works and glorify your Father who is in heaven." May the Shalom, Peace, of the Lord be with Ingrid and Rod's entire family. In him, Len and Sue Golke

So sorry to learn of Rod’s passing. Know that your whole family are in our thoughts and prayers! Marty & Joyce Westen

Caring thoughts and prayers to your family. In sincere sympathy,
Kevin and Cindy Place

So enjoyed knowing him through Rotary. He will be so missed. Carole Custer

The attached photos are added to the memorial of Rod Place to help share their legacy.

Please help memorize Rod Place by recording your attendance below.

Thank you for sharing your memory of Rodney