Mark was born on June 8, 1960, to Mr. and Mrs. William Wengert in Sioux City, Iowa. Mark attended parochial schools in Sioux City, graduating from Bishop Heelan High School in 1978. He went on to attend Western Iowa Tech Community College for drafting, transferred to Briar Cliff University and later earned his B.S. in Industrial Technology from Iowa State University. He married the love of his life, Kajsa Kay Bruce, on July 16, 1994 at Immaculate Conception in Sioux City.

Mark and Kajsa moved to Ames after they were married and built a life they loved. Together, they raised their daughters, Allee Kay and Annee Christine. Mark loved and cherished his girls, always putting them first. He instilled in them a hard work ethic, unconditional love, and most importantly, faith in Jesus Christ. He loved to spoil his wife, often whisking her away to the North Shores of Minnesota where they would hike, enjoy their favorite restaurants and simply be together.

Mark was a lifelong Detroit Lions, Chicago Cubs, and Iowa State Cyclones fan. He was an avid golfer with two hole-in-ones under his belt (two more than his brothers). He made homemade pizzas at least once a week and enjoyed grilling year-round. Mark was a talented artist and like to draw cards for birthdays and holidays. He loved doing the daily crossword, working on the yard, going on walks, playing pool, swimming, and playing with his dog, Obee, and first family dog, Max. He recently celebrated his 25th work anniversary at Danfoss and enjoyed friendships with many of his colleagues.

Mark loved his church, Ascension Lutheran, and his church family. He served as an usher, read scripture, and taught the first and second grade Sunday School class, which was his all-time favorite. Mark loved the Lord passionately and was an inspiration to many as he shared his faith with those around him. He enjoyed taking seminary classes and comparing various translations of scripture to develop a deeper understanding of God's Word.

Mark is preceded in death by his grandparents, father, William Wengert, and sister, Peggy Wengert, and his dog, Max.
Online condolences may be directed to www.grandonfuneralandcremationcare.com

Kajsa, I'm sorry to hear about the passing of your husband. My deepest sympathies.

Just found out about Mark's passing. I went to both grade and highschool with him. Very sad. I pray his family and friends have peace and comfort soon RIP Mark. Carol Freeman

I worked with Mark and Allee. Mark was always helpful to me (and so was Allee). So sorry to hear of your loss.

Our deepest condolences to the family. I didn’t know Mark real well but always respected him and his Christian beliefs and behavior. He was a joy to be around. May he Rest In Peace with the Lord of heaven and earth. Good bless.

My deepest condolences to Mark's family and loved ones.

Annee, Kajsa & family, Sending condolences to all. Your dad was a great guy. Resting in peace now and you all have God's assurance of being together again some day. He was proud of his family. Hugs, Bethany

So very sorry for the Wengert family’s loss. Mark was great to work with. He was always a go to guy when I had questions that he might be able to with. He will be missed.

Mark - I miss seeing your name in my inbox because it meant that we were solving problems together, which you always made so much fun, and always a learning experience, and an adventure for the both of us. Despite the changes that brought us to different teams, I wouldn't be where I'm at without your expertise and your relentless attention to detail, and your adamant attention to customer requirements and their deadlines. You had a way of being light, stern, and jovial with us in a way that I've never experienced from anyone else in your position. I'll miss you every day. May God be with you now, and may God be with your family every day to come.
-Thanks for that smile, Bill

My sincere condolences to your family. I’m lifting all of you up in prayer. I will miss Mark and his kind and genuine smile, which always brightened my day whenever we’d greet one another in the office. What a blessing he was to everyone. God bless you all during this difficult time.

My heart goes out to the Wengert family. Mark was such a nice man and always had a smile on his face.

Mark was always a bright spot in my mornings. I’m not sure if he was the first one in the office, turning the lights on, but if not he followed that person in. Always a warm good morning to share. Always patient and kind, a true pleasure to be around. You are missed, Mark.

Just this week my phone sent me a series of photos from 5 years ago. The first one was of Mark. I was at ConExpo in Las Vegas and spent the entire day viewing the exposition with Mark...I added it to the photos page. It's noting special but the timing is surreal. He was a good man...Prayers to the entire Wengert family.

Had the opportunity to work with both Mark and Allee. He was a good man. My condolences to the entire family.

I saw your email in May 2021 and thought you were recovered! Oh, how I wish that was true! I will always cherish the moments working with you. Some people make sure that they are credited and appreciated for their help. You always just help! Rest In Peace!

Keeping you all in my thoughts and prayers. He was a wonderful man Twila Brafford

I didn't know Mark very well but worked with Allee. I know he was a great guy because he raised a great daughter. So sorry for the families loss.

So sorry to hear of your loss, Kajsa. Mark sounded like a wonderful, Christlike servant. How thankful we are for God’s promise of an eternity with Him. Prayers for His comfort to you and your family. 🙏🏼

We're very sorry for your loss, and sorry we won't be able to come. We will keep all of you in our hearts and prayers as you all grieve. He's in a better place and he's not suffering any more.

Sending love and strength from Link and Missy. 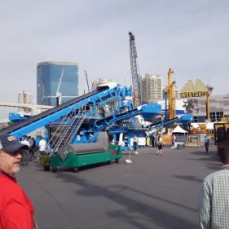 The attached photos are added to the memorial of Mark Wengert to help share their legacy.

Please help memorize Mark Wengert by recording your attendance below.

Thank you for sharing your memory of Mark