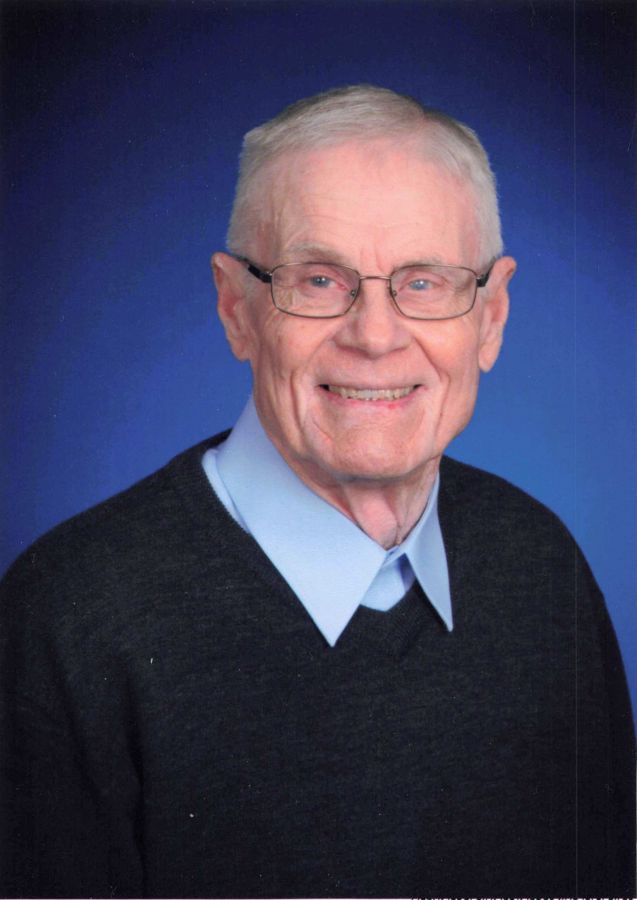 John Nervig, age 86 of Ames, Iowa died at Israel Family Hospice house in Ames on April 8, 2022. A celebration of life memorial service will be held at 11:00 a.m. Thursday, July 7, 2022, at Bethesda Lutheran Church, 1517 Northwestern, Ames, Iowa. Burial will be at Ames Municipal Cemetery at a later date.

John was born August 3, 1935, in Slater, Iowa to Herbert and Doris (Heggem) Nervig. John married Patti Jean Miller on November 30, 1957, in Ames, Iowa. The two had been inseparable since. John enjoyed following his alma mater, the Iowa State Cyclones. He spoke many times of the ISU win over Wilt Chamberlain and the Kansas Jayhawks at the Armory in 1957. John loved time with family, especially if it meant a trip to Hickory Park with his grandchildren.

This summer, the 85th edition of the Iowa Masters will be contested at Veenker Memorial Golf Course in Ames. Remarkably, John has been part of the action for 70 of those events, first as a player, followed by a tournament director/co-director and now as an honorary official. John first played the Masters in 1952. Starting in 1958, he reeled off 50 consecutive years of playing in the tournament, a record that stands alone today. "There's something special about the Iowa Masters golf tournament," said John. "It's a combination of a challenging golf course, great tradition, well-run tournament featuring volunteers and staff who love the game and players who love to compete and renew the great friendships developed over the years." On the tournament's 75th anniversary, and in recognition of decades of service, Nervig received an honorary life membership to Veenker. One of John's proudest achievements in his seven decades of involvement in the Iowa golf scene is being named the 2011 recipient of the George Turner Distinguished Service Award by the Iowa Golf Association.

John was an engineer for the Iowa Department of Transportation. He retired in the year 2000 following a 42-year career with the IDOT in Ames.
John is survived by his wife, Patti Nervig of 64 years, three sons: Mike (Amy) Nervig, Steve Nervig, Dave Nervig, and two grandchildren who cherished every moment with 'Papa', Nate and Raegan Nervig. He was preceded in death by his parents, sister, Doreen Nervig and stillborn daughter Susan Jean Nervig.
John offers this parting advice.

"The game of golf is a lot like the game of life. You have far more good days than bad days and just give it your best effort."

Memorials can be directed to Bethesda Lutheran Church and the Iowa Golf Association.

I'm so sorry to hear of John's passing. He and my dad were great golfing buddies. I have so many fond memories growing up and watching these Ames super star golfers play all over the state but especially on Veenker. John was a hero in our house! My sincerest condolences to Patty and family.

So sorry to learn of John’s passing. We go back a long way to when he dated my older sister Nancy in high school, playing together in the Iowa Masters in the late 50s and 60s, playing together on the not too formidable ISU golf team, and then periodically in the Iowa Masters as recently as last summer when, for the first time, John was not sitting close to the scoreboard, greeting all and handing out some Bit-O-Honey, his trademark gift—an always enjoyable golfing companion, good friend and a wonderful leader for the Iowa Masters and Iowa Golf—he will be missed by many, especially that second weekend in July. Jim Merchant

I enjoyed meeting you at Northridge,Patti. So sorry to hear of John’s death. Maybe he and my son,Jerry, are comparing old golfing stories. Kathryn Martinson

I always looked forward to seeing John at the Iowa Masters and had the fortune to be in his group a couple of times. A great ambassador and gentleman. I will miss him, but my life is enriched for having met and associated with him. RIP for having lived a good life.

Mike,
What a beautiful obituary for your Dad. He was clearly quite a great man and obviously committed to his golf game. I love the quote and will remember it.
I'm so very sorry for your loss and hope your Mom will adjust.
Hugs
Julie & Mark Ward

Patti and family, we are so sorry that your life's journey with John has come to an end, but we hope happy memories will warm your hearts for the rest of your lives. John and Ben were both in the Ames High class of 1953, so their connections last a long time as well. We pray for your peace and comfort and offer our deepest sympathy!
Ben and Sarah

John was the brother of my dear friend Doreen. I adored John. The sweetest man ever. He laughed with us often over our shenanigans with his ever present sweet smile. Patti is a sweetheart and she has our condolences. Much love to the entire family; all great people and friends. Lynnie & Earnie

To Nate & Raegan
We are so sorry to hear about your grandpa. Thinking of you, and sending you lots of hugs & prayers.

To the Nervig family,
My heartfelt sympathies to each of you on the loss of your husband, dad, grandpa, etc.

I knew John by sight at DOT as he moved into our old Rail division offices after our office was disbanded and broken up into other depts. He was always kind, a huge smile like the photo you have posted.

I don't know if Stanley "Stub" Nervig, Eagle Grove, Iowa, was a relative or not. I don't think I ever got the chance to ask him. Stub & Mildred were my godparents.

I loved reading his history of golfing, his special honor, and his own words posted.

May God comfort each of you now and in the days, months, and years ahead. 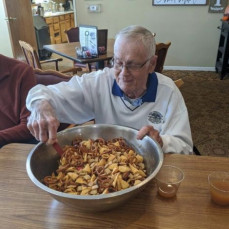 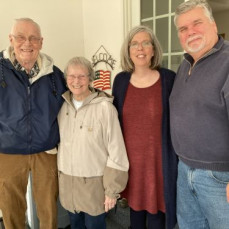 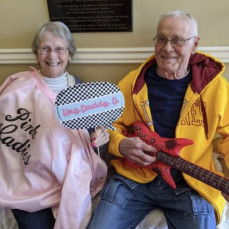 The attached photos are added to the memorial of John Nervig to help share their legacy.

Please help memorize John Nervig by recording your attendance below.

Thank you for sharing your memory of John