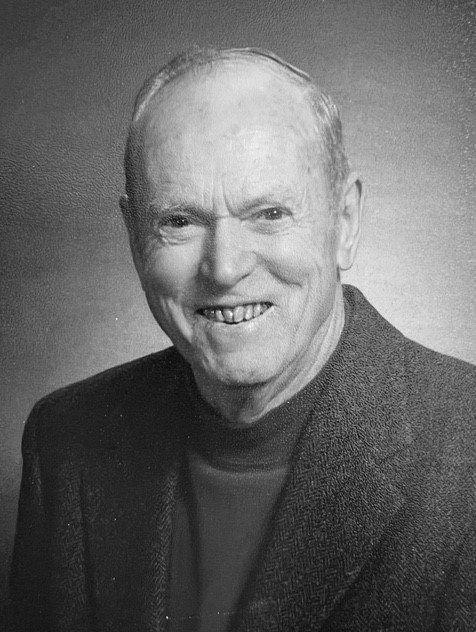 Born February 26, 1927, on a farm near Keosauqua, Iowa, Craig was the son of Willis and Pearl Rankin Beer. Although he was class valedictorian, he did not attend his high school graduation ceremony, instead enlisting in the U.S. Navy and serving in the Pacific during World War II. After the war, Craig attended Iowa State College obtaining a B.S. degree in agricultural engineering. On a summer break from college, Craig met Janet Hootman and they married June 12, 1949, a loving partnership of 73 years. The couple lived in Ames a short time before returning to the dairy farm near Keosauqua where they started a family that would eventually include five children.

In 1955 Craig moved his family to Ames, to teach at Iowa State University earning a Masters and a PhD in agricultural engineering. While he distinguished himself as a full professor engaged in teaching and research, he also held leadership positions in professional organizations such as the American Society of Agricultural Engineers. That activity launched many family cross-continent camping trips as Craig and Janet would plan geographically and historically interesting adventures lasting several weeks as they traveled to summer meetings of ASAE.

An opportunity to develop land using his engineering skills and a chance to "return to a rural setting" drew Craig to form a partnership that resulted in "Valley View," a housing area between Boone and Ogden near highway 30. He built a house for his family, living there from 1973 to 1995 when the couple moved back to Ames.

Craig's respect for the earth was present in his outdoor sports. He was active in the Isaac Walton League conservation efforts and was a member of a fishing and hunting group in central Iowa called Anderson Lake. He loved to fish and hunt with bounty (particularly pheasant) frequently featured in Janet's Thanksgiving meals.

Craig believed in giving back to the community. He served in almost every leadership position of the United Methodist Church in both Ogden and Ames. He volunteered for many years at ISU Reiman Gardens, Heartland Senior Services, College for Seniors and also at Mary Greeley Medical Center in Ames. Together with Janet, the Beers were named as "Unsung Heroes " by the Ames Tribune and also selected as ISU "Parents of the Year" in 1984 with Craig continuing to be involved with the ISU Alumni Association in coming years.

Craig and Janet traveled widely in the U.S. and internationally for pleasure and for service. They were participants on mission trips to South and Central America.

Craig's hobbies included photography; he was a member of the Ames Camera Club. He also had a woodworking shop. All of his children have at least one piece of furniture made by Craig from his favorite source: the walnut tree.

Craig loved a good bridge game, dancing to swing music with Janet, producing the best tomato in the garden, but high in this mix was his love of chocolate.

Craig was preceded in death by his parents and three siblings: Keith Beer, Stanley Beer and Beryl Beer Loeffler.

A visitation to greet family is scheduled for Friday July 8, 2022 from 5-7pm at Grandon Funeral Home in Ames. A Celebration of Life is planned for Saturday July 9, 2022 at 2pm in the Community Room of Green Hills Retirement Center in Ames.

Memorials may be directed to Reiman Gardens, Mary Greeley Medical Center Foundation or the ISU Foundation with emphasis toward Agriculture and Biosystems Engineering, Memorial Fund for Dr. Craig E. Beer.

My condolences to the whole family. Craig and Janet used to regularly work out at the Ames City Gym. It was during those workouts that I became friends with both. Craig was Ann inspiration and just a good companion during workouts (so was Janet). . I remember when he had an ‘incident’ at the gym, the ambulance was called and Craig left on a stretchier. It could not have been more than a couple of days when Craig was back on the elliptical or treadmill with Janet at his side. I was lucky to have known Craig—Craig never talked about all of his accomplishments. We talked current affairs and ISU sports. His humility plus humor combined to make Craig a delightful human being.

Craig (and Janet) have been wonderful community citizens, always ready to help others with a cheerful spirit. A life well lived. Our condolences to the entire family.

The attached photos are added to the memorial of Craig Beer to help share their legacy.

Please help memorize Craig Beer by recording your attendance below.

Thank you for sharing your memory of Craig