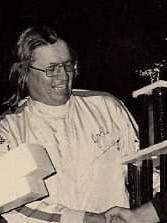 Joel c Rasmussen was born in a farmhouse along Highway 30 between Ames and Nevada to John and Adeline Rasmussen on June 4, 1934. Yes, the c is lower case and he seemed to like that. Maybe it was just a squiggle of the pen on the birth certificate. Maybe it was a placeholder for a name to be added later. It was unique, just like Joel, and he proudly used that 'c' in his signature forever.

After moving to Ames, Joel joined the Army and served in the 82nd Airborne. Upon discharge, he returned to Ames and wed Betty Ann Kerr on November 14, 1958, and they remained married until her death in 2014.

Joel drove stock cars for more than 25 years and ranked among the best stock car drivers in Iowa in the 1960s and 1970s. He won the championship race at the Iowa State Fair in 1968 and finished second in this race in 1969 and 1970. He called winning races at the Knoxville Speedway in the 1960s the highlight of his career. He was inducted into the Iowa Racing Museum's Hall of Fame in 2019. Long after he stopped racing, he enjoyed attending races and watching NASCAR races on television.

Joel is survived by his three sons, and daughters-in-law: Chris Rasmussen and Jennifer Jones of Highland Park, New Jersey; Jeff Rasmussen and Susan Burns of Boulder, Colorado; and Tim and Nicole Rasmussen of Ames, his sister Karen. He is also survived by seven grandsons: Soren, Lars, Noah, Jacob, Wyatt, Cameron, and Cael. He was preceded in death by his wife, Betty, his parents, his brothers Gus and Jim, sister Donzetta, and by one grandson, Brennan.

God Bless your family. A mess you've left. Never to be forgotten. I miss the "I'm still here". I guess I'll be the one to say I'm still here. I miss you so much. But I know you are better now as peace comes to you.

Curt Houge First off I would like to offer my sincere condolences to Joel's family. I met Joel (Joe) the first summer that I started racing, for no apparent reason Joel took me under his wing, which was a huge benefit for me and our crew, Jim Tweet, we spent numerous nights, after the races, talking racing and having a beer. Times like those will never be forgotten and always cherished. I was lucky enough to run into Joel last summer at one of Wayne Larson's roll-ins, had a great time chatting about past and present things. Joel was a large influence on my life. He is one of the people that you meet going down life's path that you are thankful you were given that opportunity I am glad that I could call you, Friend. RIP Joel you
will be missed. Curt Houge

Joel was a good friend of my dad, Bob Colt and my family. I have fun memories of playing with Chris, Jeff & Tim while our parents played cards & partied together. Watching Joel race & cheering him on is the only time i saw my grandma yell lol! My family had some fun times around Joel's racing. He was an Iowa racing legend. He made the Tip Top Lounge cool & they stocked Schlitz just for Joel for many years. He was so proud of his sons. Im so sorry for your loss. He will be missed, but his legend lives on. Hugs to Tim, Chris & Jeff. ❤❤❤

My thoughts are with the family during this time.

Joey was my childhood hero. My Mom, Dad, brother and I saw him race many times through the years at many different tracks here in Iowa. As a young boy he was so good to talk to after the races and signed a great autograph. In recent years I'd occasionally see Joey at my home track, Hamilton County Speedway in Webster City. I always would approach him just to say hi and he was still great to talk to.
My thoughts and prayers are with the entire Rasmussen family, Rest in peace, Joey my hero and friend.
JRM

My deepest sympathies. Joel was an awesome driver. My mom and dad would take us to Boone, Webster City, Oskaloosa , Iowa State Fairgrounds and Marshalltown race tracks. We watched Joel drive many times. Always exciting! He had that smile and hair!! 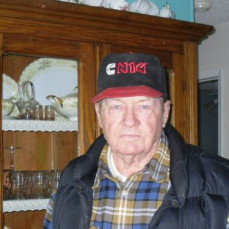 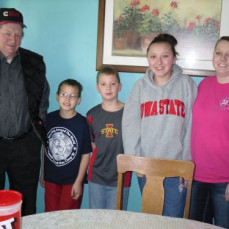 The attached photos are added to the memorial of Joel Rasmussen to help share their legacy.

Please help memorize Joel Rasmussen by recording your attendance below.

Thank you for sharing your memory of Joel