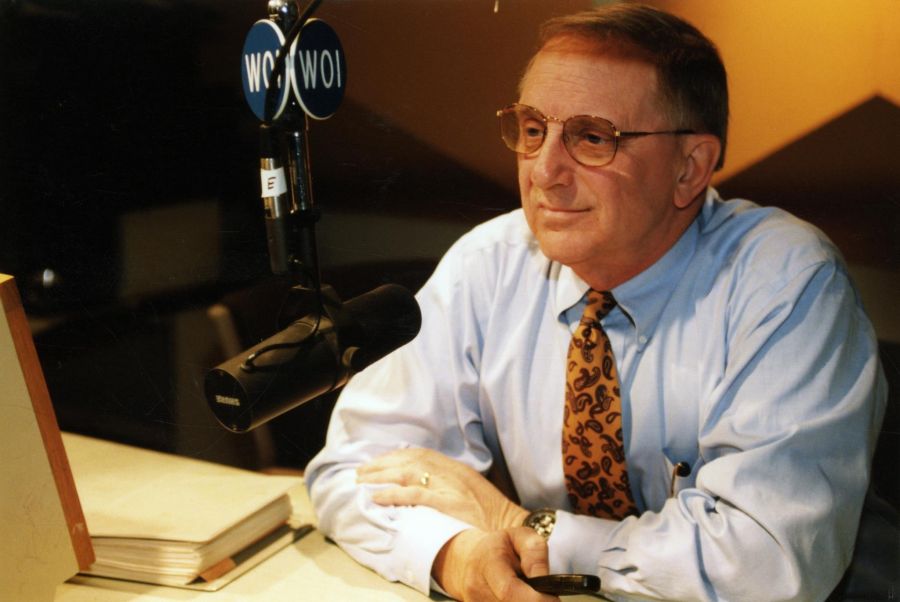 Don Forsling passed away on February 6, 2018 at Woodlands Creek in Clive, Ia.
Don was born January 20, 1938, in Sioux City to David and Esther Forsling. He graduated from Sioux City's Central High School in 1956 and attended the University of Iowa, where he earned a bachelor's degree in political science.
Don's great passion was radio. He spent more than 50 years on the air, first hitting the airwaves as teenage deejay at WSCJ in Sioux City in the 1950s. Don went on to spend nearly 40 years at WOI Radio in Ames, both as station manager and on-air personality. As the voice behind the popular shows, "The Morning Report" and "Talk of Iowa," Don was known for his low-key, intelligent interviewing style and wry, irreverent humor. Don was also considered a pioneer in public radio, serving on the board of directors and as a producer for National Public Radio as it was getting off the ground in the early 1970s.
"Radio has been incredibly satisfying and great fun," he told The Ames Tribune in a 1999 interview. "Every day I get to talk to very interesting and diverse people, and have the opportunity to do something meaningful for the community."
Don was also fascinated with trains, which he loved to photograph. His office was lined with train photos taken during his motorcycle trips through the plains of Nebraska and Wyoming, the mountains of Colorado and the lowlands of Canada. "I find trains interesting because they're big, they're noisy and they always have a little bit of mystery to them," he said.

Don is survived by Susan, his beloved wife of nearly 31 years, daughter Karen and son Carl from his first marriage to Marilyn, and grandchildren Spencer and Amelia. He was preceded in death by his parents, Dave and Esther, and younger brother Bill.

A funeral mass will be at 11:00 a.m. Saturday, February 10, with a gathering time from 10:00 a.m. until the time of service at St. Thomas Aquinas Catholic Church, 2210 Lincoln Way in Ames.
Online condolences may be directed to www.grandonfuneralandcremationcare.com

Grandon Funeral and Cremation Care is assisting the family.

Whenever I think of Don, I smile because of his wonderful sense of humor. He was smart, pragmatic, direct, down-to-earth; a real midwesterner. My association with Don was during our time on the NPR board and at public radio conferences. It is good to celebrate a life well-lived; at the same time sdaness that it has ended. My condolences to his family.

Although I never met Don in person, I feel I knew him quite well from our email conversations. It was especially thrilling when he would read one of my jokes on the air! He would always end with "Lose the email address, Paul!" My deepest condolences to his family. He will be missed!

I worked with Don Forsling when I was a graduate student at the WOI radio and TV stations in the late 60s.

He was a great mentor.

I am saddened to learn of his passing.

Public radio just hasn't been the same since Don retired. He was a bright spot in the everyday lives of so many people, and nobody can replace him. Condolences to his family.

It was a great joy to listen to Don every morning on WOI. Although my wife and I contributed and listened to public radio for years, it was Don who made us think we should become "Buck A Day" members because we so enjoyed him and were sad when he left the airwaves. RIP, Don. We still miss you. Gary and Marilyn Wilcke

The attached photos are added to the memorial of Donald Forsling to help share their legacy.

Please help memorize Donald Forsling by recording your attendance below.