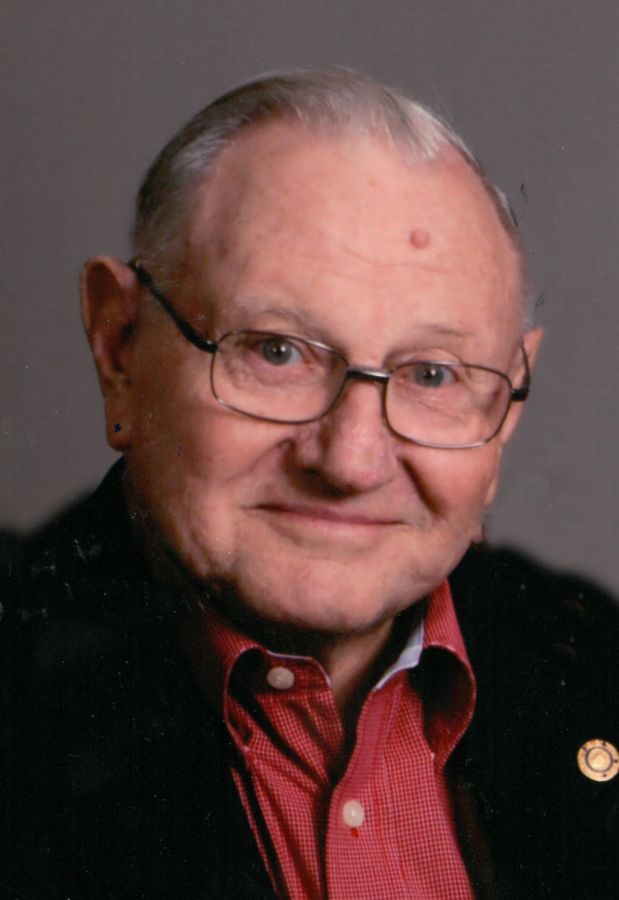 Charles Ricketts, 87, of Ames, IA passed away peacefully on July 12, 2020 at the Northcrest Retirement Community. A graveside service will be held at 1:30 p.m. on Friday, July 17, 2020 at Ames Municipal Cemetery in Ames, IA. Face masks and lawn chairs are encouraged if attending.

Charles "Charlie" James Ricketts was born in Oswego, IL, February 25, 1933 to Kenneth and Gladys (Scott) Ricketts. They lived on a small farm about 60 miles west of Chicago and had purebred livestock and certified grain.

Charlie attended Oswego High School where he played on the varsity football, basketball, track, and baseball teams. During those years, he was also active in 4-H, FFA, and he earned a couple of scholarships to the University of Illinois, which he attended.

Charlie served in the US Army from 1954 to 1959 at Fort Lewis. Following the army, Charlie was a graduate student in agricultural engineering at University of Illinois and also playing football there.

Charlie began his career at Sundstrand (Danfoss) in Rockford, IL working for a new division designing the first hydrostatic transmission. Charlie's first project as an engineer was designing and building the prototype for the first hydrostatic Cub Cadet garden tractor. In 1971, the company started a new plant in Ames, Iowa and Charlie moved with the company. Charlie held management positions in manufacturing, marketing, and sales during his tenure with the company.

In lieu of flowers memorials may be directed to: Bethesda Lutheran Church of Ames, Mary Greeley Medical Center Foundation and Northcrest Retirement Community.

Our sympathy and prayers to the Ricketts family. I had the pleasure of work for and with Charlie during his tenure with Sundstrand. Charlie was a tremendous role model and positive influence for everyone that had the opportunity to interact with him. He will be missed. Rick Sporrer

We met Charlie through our parents and their shared love of the Cyclones. I always loved getting my firm Charlie handshake and a few jabs at my Jayhawk husband every time we would see him. Wishing you all peace as you celebrate a life well-lived and a husband, father and friend well-loved.

Beth and Mark, Steve and Linda and the grand kids,

We were very sorry to hear of Charlies Passing. We have many fond memories of our times at the Ricketts house. We were there several times for Charlies famous barbecues, to borrow "Charlies truck". Barb & Marge were good at keeping the economy going with their shopping. Charlie & I would ask them if they were therapy shopping.:)) Charlie was always willing to help when someone was in need. We always looked at the pew in the third row on the right side which will always be Charlie's. We celebrate the memories and his life. We know how proud he was of each and every member of his family!
May You have Peace,
Barb & Larry Ebbers

Charlie was our neighbor for several years when he and Phylis lived on Stockbury street and was a patient of mine for the past many years. He was such a sweet and kind man. Our kids would sometimes refer to him as "Grandpa Charlie". He was always a delight to be around and we enjoyed his visits to our dental office. He will be missed. Our thoughts and prayers are with your family.
Jason and Marcie Niegsch

Beth, Charlie was a true delight. Always ready with a quick wit and a twinkle in his eye...and so warm and welcoming. While he will no longer be here on earth, rest assured you and your family have gained an angel. I have no doubt he will enjoy his new heavenly duties, and that he’s going to like watching his beloved Cyclones from the best seat in the house. God bless and keep you all.

I worked in Charlie's part of the organization at Sundstrand for over 20 years, some of that time reporting directly to him. Charlie was a great team-builder, a good mentor, and an all-around honest and decent person. I'm sure that anyone who knew him feels a loss from his passing.

We send our sympathies and blessings to Charlie’s family and friends and thank all those who cared for him. His generosity was as wide as his smile. Charlie lived across the street from us for three decades. When there was a big snowfall, the trick was to just wait until Charlie came by with his super-charged Cub Cadet with a big snowblower and cleared us all out with cascades of snow arcing 30 feet.
Fred and Dianne Borgen

Norma; I will most surely miss my friend Charlie, we were close and he was honry. He was good to me and good for me, he was a pall. My very sincere condolences on you and the families loss. God Bless.
Ken Janssen

To Charles family, A great man, coffee with him a few years ago. He loved fun. We lost a good man and friend. Ed Hendrickson Sr. Okoboji.

Our sympathy and prayers for Charlie’s family. Thinking of you. Carolyn and Ed Gagnier

Our sympathy and prayers to Charlie’s family. Thinking of you.Carolyn and Ed Gagnier

My sincere condolences to Charlie's family.
Charlie was one unique individual. He was a very humble person and a wonderful humorist!
He hired me after I spent 21 years at Link Belt where the business moved out of Cedar Rapids.
He was one of the pioneers of the PC age and introduced me to the first Mac computers being used in the workplace. We will all miss him.....

We have had the blessing of having Charlie and Norma as neighbors for a short while here at Northcrest, please accept our sincere condolences at your loss. Peace,
Ron and Dee Matthews

I knew Charlie and Marg right after they moved to Ames and joined Bethesda. I also knew his previous (deceased) wives, and present wife, all at Bethesda. He was a wonderful leader at Bethesda. Also, a very kind man. His wives were leaders, too, in different ways. Marianne Chalstrom

I worked with Charlie for 32 years in Ames at Sundstrand and he was always one of my favorite people. He was such a gentle, caring soul and no matter where you saw Charlie he was always so pleasant and loved to visit. I will always remember him fondly. Vicki Twit 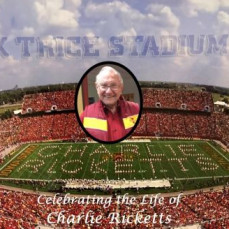 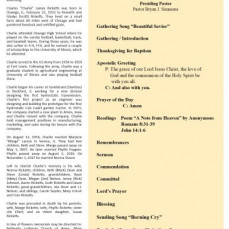 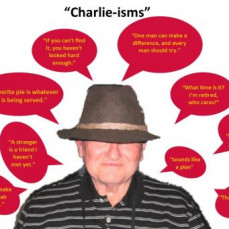 The attached photos are added to the memorial of Charles "Charlie" Ricketts to help share their legacy.