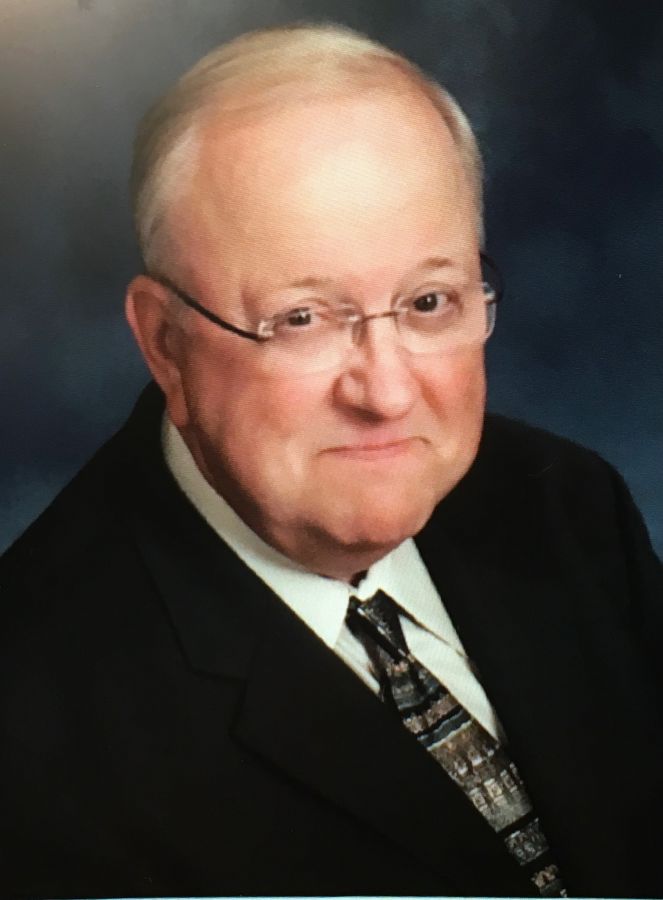 Reinhold "Reno" Berg, age 74, of Ames, Iowa passed away at home on May 6, 2021. A public visitation will be held May 11, 2021 from 4:00 to 6:00 PM with a Vigil Service to follow, at St. Cecilia Catholic Church, 2900 Hoover Ave, Ames, IA; and a Celebration of Life May 12, 2021 at 10:30 AM, also at St. Cecilia.
Reno was born May 1, 1947 in Gary, IN, to Andy and Rose Schoebel, then adopted at one month of age and raised by Stanley, Helen, and Mary Berg. He graduated from Morton High, Hammond, IN - Class of 1965. After high school, Reno continued his education at the University of Wisconsin - Superior where he graduated with a degree in English.
While working at Catholic Charities in Superior, Reno met the love of his life, Jan. They started their family in Superior and eventually moved to Ames, IA in 1977 where Reno took a position at Mainstream Living as their Chief Executive Officer, a position he retired from in 2013. He treasured all the relationships he had there and always fought and advocated for persons with disabilities - never forgetting where he came from.
Reno was a proud of his involvement in: The Knights of Columbus, Rotary Club, Tau Kappa Epsilon Fraternity, and The Old Farts Coffee Club. He also served on the Board of Directors for the Arc of Story County, Ames Minor Hockey Association, and Raising Readers of Ames.
Reno enjoyed vacationing at Round Lake in Hayward, WI with family where he would spend time fishing, pulling kids skiing and tubing, all while keeping the local propeller repair business afloat. He loved to play cribbage with everyone, especially grandkids, and would make a yearly trek to the Iowa State Fair contest where he would return with his, wait for it, Participation Ribbons. Reno looked forward to his fall musky fishing trips to Lost Land Lake where many more propeller installations were needed. He was so fun to kid and truly was a great, grounded, decent, friend to man.
Reno is survived by his wife, Jan Berg of Ames; son Jason (Jenny) of Pewaukee, WI; daughter Colleen Berg of Ames; daughter Jamie (Mark) White of Ames; and grandchildren Brennan, Mary, Cecilia, Erin, Rylee, Regan, Kailey, Austin, Maxwell (Emily), Gannon, and Jackson; brother Roger Rollins (Gayle) of Olathe, KS; sister Kathy Prater (Mike) of Havana, FL; and many nieces and nephews.
He was preceded in death by his parents: Andy and Rose Schoebel & Stanley, Helen, and Mary Berg, brother LCDR Robert D. Berg, USN; and sister, Ann Marie Dulla.
Memorials may be directed to the family: 2926 Monroe, Ames, IA 50010. We will make a charity donation in Reno's name later.
Online condolences may be directed to: www.grandonfuneralandcremationcare.com

Jan and family, So sorry to hear of Reno’s passing. Please know you’re in our thoughts and prayers. Fond memories of you, Reno and the kids next door. Love Dave and Mary Jo

I extend my deepest sympathy to Reno's family. I have always held Reno in the highest regard as a human service professional, family man, and friend. Reno and I started our CEO jobs here in Ames at about the same time. I will always be grateful for his support and collaboration between YSS and Mainstream Living. He will be sorely missed.

Jan and Family, I am so sorry you have lost Reno. He was a very happy man and looked at his glass as half full always. I sure do hope Morris and Reno are having coffee together. Take care Jan. Sue

On behalf of the entire CARF staff and Reno's surveyor colleagues, our collective condolences to the family for your loss. Reno was a terrific and warm person, and he will be missed by all of us. Brian Boon and the "CARF family."

Thinking of you today. What a wonderful man. Deepest sympathy to you , Jan, and to your family. Love you !

My sincerest sympathy to you Jan and your family. Maxine Julius

You were also such a happy guy growing up and looking at the memorial video, you never quit being that same guy. How fortunate your whole family was to have had you in their lives and for such a long time. Rein~ you will be missed by so many and now join so many of our Classmates beyond the pearly gates. RIP~
P(hyllis) Denise McCrea Israel - MHS Class of 1965

Thinking of you Jan at this sad time. Keeping you and your family in prayer.. Take care.. Sending you hugs.

I met Reno a number of years ago when we were working together on a Carf survey. We were able to survey two more times together and kept in touch over social media. We both played piano and loved to fish so I always enjoyed visiting with him. He was a kind sole who always made me laugh.

I knew Reno through our long association as fellow Executive Directors of organizations that provided services, support and resources to persons with disabilities. He and I attended meetings and served on various committees together, and he was considered one of the leaders in disability services in our state. I liked and admired him for his leadership, his wisdom, his sense of humor and most of all our professional friendship. He was a very good man and will be sorely missed. My sincere sympathy to his family.

He was an awesome person to work for. Very compassionate and always approachable.
He took the time to listen to what staff had to say! My prayers go out to his family!

Jan,
Reno always cared about others and was a wonderful man. Our sympathies to all who will miss him. Our prayers and blessings for you and family. Deacon Mark and Melissa

Reno was such a wonderful man who always was willing to help others. Our sympathies to all who will miss him and his smiling face. Our prayers and blessings for all. Deacon Mark and Melissa Bortle

Dear Janice, Jason, Colleen, Jamie, and each of you, GrandChildren ~ you are in my Prayer of the Heart right now with all of us who have been blest in Reno's company.

My heartfelt sympathies to you all of the sudden death of Reno.

I was the only woman in their poker game with five men. He was delightful with all his witty comments .He commented one night on one and said LYNN White said you must’ve been with your grandpa Reno again, haven’t you?

I really enjoyed him, the smile he always had on his face, and he enjoyed life. I met you at one of the poker games at your house where I wasn’t feeling well and went home shortly after.

May God comfort you now and in the days, months, and years ahead.

Jan and Family,
My heartfelt sympathy to all of you at this time of Reno's death. He is being remembered in my prayers and I shall offer a Mass for him tomorrow, May 8. I enjoyed working with him as Chairperson of the Parish Council at St. Cecilia's. We also shared many laughs when he was driving for CyRide and I would call him "Ralph Cramden." I shall miss his smile, organizational skill, and support. My prayers for all of you as well during these days. Fr. Jim Secora

The attached photos are added to the memorial of Reno Berg to help share their legacy.

Please help memorize Reno Berg by recording your attendance below.

Thank you for sharing your memory of Reinhold