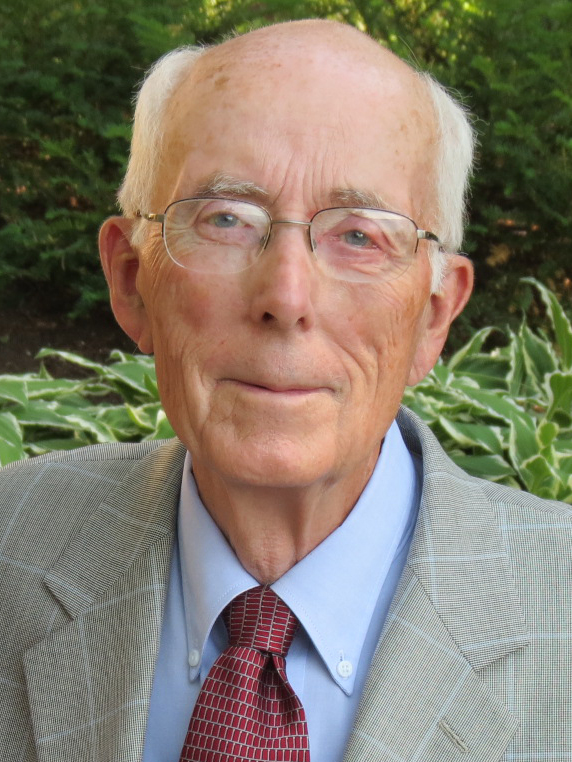 Frederick Gramm Brown, 89, of Ames passed away peacefully surrounded by loved ones on September 21, 2021. He is survived by Barbara Ann (Thaller) Brown, his wife of 65 years, and his sister Meda Louise Heywood of Marshfield, Wisconsin. Born in Madison, Wisconsin, on April 6, 1932, he was the son of Fred E. and Meda (Gramm) Brown. He was preceded in death by his parents and his sister, Elizabeth Ann Stiller, of Green Bay, Wisconsin.

He was the much-loved father of Jeffrey (Gretchen) of Charlotte, North Carolina, Kirk (Lori) of Madison, Wisconsin, and Daniel of Redmond, Washington. He brought great joy to the lives of his six grandchildren - Nathaniel, Tyler, Evan, Lindsay, Elise and Kristen.

A graduate of University of Wisconsin-Madison (BA, MA) and the University of Minnesota (PhD), Fred was a Professor of Psychology at Iowa State University from 1962 to 1997. In addition to his passion for teaching, he wrote three books including a leading textbook on educational testing and measurement. In 1993 he was awarded the title of University Professor in recognition of his outstanding contributions to the university including developing innovative graduate programs, having an important impact on the undergraduate honors program and its students, and working to improve the academic success of student athletes. Among his most enjoyable and enriching academic opportunities were a year at the Center for Advanced Study in the Behavioral Sciences in Stanford, California and another year at the Educational Testing Service in Princeton, New Jersey.

For Fred, spending time with his family, especially seeing his six grandchildren grow into adults, provided some of his most cherished memories. Fred savored visiting and revisiting places that were special to him, whether for the majesty of the mountains, the beauty of the artisan crafts, the history of the cities and people, or just to taste the local foods and wines. His lifelong interest in writing and books led him to serve on the Board of Trustees of the Ames Public Library, as well as on the Ames Public Library Friends Foundation board. Later in life he came to love opera, enjoying the performances of the Des Moines Metro Opera and the many new friends he met. In retirement you could always find Fred spending mornings playing a round of golf with his good friends at Veenker Golf Course.

A memorial service will be held at 2:00 p.m. on Friday October 8th at Bethesda Lutheran Church at 1517 Northwestern Avenue in Ames. The service will be streamed online for persons unable to attend in person.

In lieu of flowers, memorial gifts to the Ames Public Library Friends Foundation or the Des Moines Metro Opera would be greatly appreciated.

Sending my deepest sympathy in the loss of your father, Jeff.
Mandy Lemanczyk Ross

The attached photos are added to the memorial of Frederick Brown to help share their legacy.

Please help memorize Frederick Brown by recording your attendance below.

Thank you for sharing your memory of Frederick