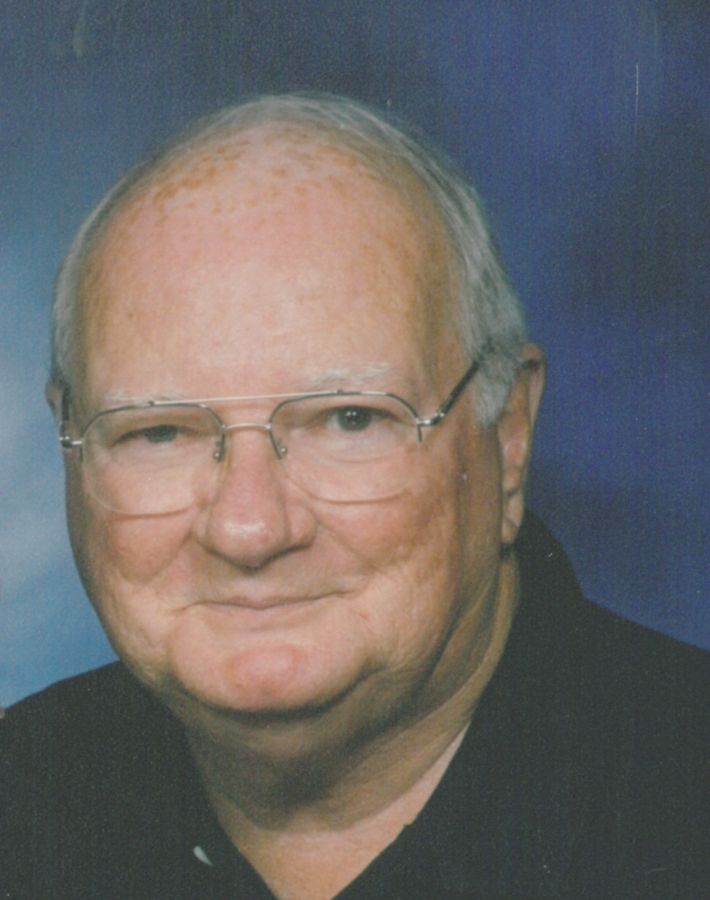 Charles "Chuck" Gilbert, age 87, of Ames, Iowa passed on October 9, 2021. A visitation will be held at 1pm on Friday, October 15, 2021. A Funeral Service will be immediately following, at 2pm. Services will be at Grandon Funeral and Cremation Care, 414 Lincoln Way, Ames, Iowa. Burial will follow at Ames Municipal Cemetery.

Chuck was born October 2, 1934 in Ames, the son of Roy and Iva (Woodard) Gilbert. He graduated from Ames High School and attended Iowa State University before joining the US Navy. He was stationed in California and served on the USS Weeden (DE-797) during the Korean Conflict. Chuck met JoAnn Reynolds in Los Angeles and they married on September 11, 1954, in California. He moved his family to Ames a few years later where Chuck joined his father in the family business, Gilbert's Service Garage. Chuck and JoAnn purchased the business and owned Gilbert's Service Garage until he retired in 1998.

Chuck was proud to be a veteran. He was a member of the Freedom Flight group who knocked down the fences to see the monuments during the Government shutdown! He supported the Ames Veteran Memorial with bricks commemorating fellow sailors, and is a member of The American Legion.

He loved traveling and spending winters in Arizona. He enjoyed Golf, reading, bingo, and socializing with friends. Chuck was a member of the Elks Club where they enjoyed meals, dances, and numerous activities.

He and his family were very happy to celebrate his 87th Birthday enjoying his favorite pumpkin pie!

He was preceded in death by his parents and a sister, Betty.

We love you, Dad!

Online condolences may be directed to; www.grandonfuneralandcremationcare.com
Posting as Who are you posting as?

Sorry to learn of Chuck's passing. Ken always enjoyed visiting with him. I remember both he and your Mom as friendly to all. Fond memories of good times with Donna. Our sympathies to all.

Rosie Strange on Oct 14, 2021
So sorry to hear about Chuck s passing. When my husband Chuck and I moved to Soranon Ct., Surprise,Az he introduced himself and invited us to have Easter Sumday dinner with him, Joann and family. Nice to have great friends and neighbors. They are/will be missed. Love

We are so sorry to hear of Chucks passing . JoAnn and Chuck became our neighbors on Sonoran Ct. in Az.We became friends and were lucky enough to be able to spend time with them there...The tribute was lovely, so nice to see apart of their life that was so special....Our sincere condolences to the family and please give JoAnn a hug from us. Ray and Pebbles Walker

Chuck was a great neighbor and we always enjoyed visiting with him when he was outside with his cat or just enjoying being outdoors. He will be missed.
Nancy Sundberg

We are so very sorry for the loss of a great Husband and Father that I got a chance to spend some brief time with in the past. Please know that our thoughts and prayers are with the family at this time.
Ray & Joan Howard

We are so very sorry for the loss of your Husband and Father. I feel blessed that I grew up on Hilltop Road surrounded by many loving parents and he was definitely one of them. I will cherish all the wonderful memories I have of him.
You are all in our thoughts and prayers.
Love,
Rich & Cindy (Pepper) Cooper

We are so very sorry for your loss, Gilbert Family. May your good memories of your wonderful Dad help heal your broken hearts. "The Dippolds" Heidi and parents

The attached photos are added to the memorial of Charles Chuck Gilbert to help share their legacy.