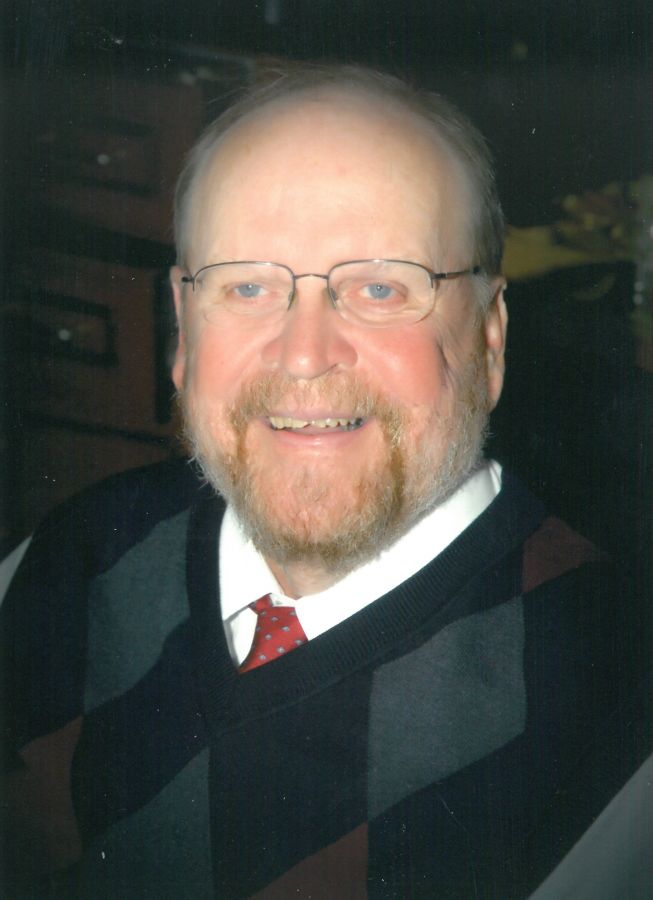 James A. Stephenson was born April 7, 1937, in Springfield, OH to Lloyd W. and Zelma E. Stephenson. He spent all of his childhood in Springfield, graduating from high school in 1955. His was a typical childhood for those days, with several part time jobs and interests in music and scouting, earning the Eagle Scout award.
After graduation from high school, he attended Ohio University for a year and a half until transferring to Wittenberg University in 1957. At Wittenberg, he studied under a Kemper Foundation Scholarship, majored in Economics, and graduated Magna Cum Laude in 1960. He then attended graduate school under a Woodrow Wilson Foundation Scholarship at the University of California, Berkeley from 1960 through 1965, receiving M.A. degrees in Economics and in Statistics in 1964, and a Ph.D. degree in Economics in 1965.
He accepted a faculty position in the Department of Economics at Iowa State University in December 1964 where he stayed until his retirement as Emeritus Professor of Economics in 1994. In addition to his teaching and research activities at Iowa State, he served as Visiting Professor and Consultant at the Board of Governors of the Federal Reserve System in Washington DC, from 1967 through 1973. From 1974-1976, he served as Macroeconomist and Applied Econometrician on an ISU research project in Bangkok, Thailand. In 1987-88, he was Visiting Professor and Fulbright Scholar at the University of the West Indies in Kingston, Jamaica. In 1991, he received an ISU Distinguished Teacher Award.

In 1960, he married Naomi Van Zile of Wooster, Ohio, with whom he had two children, Catherine and David. In 1972, he married Susan Carrithers of Cedar Rapids, Iowa, and adopted her daughter, Kimberley. He was married to Susan until her death in 1994. In 1996, he married Patricia (Pat) Maulsby Monroe, originally from Charles City, Iowa.

After Susan's death in 1994, he became involved with the establishment of and fundraising for the Israel Family Hospice House in Ames which opened in 1999. He was very proud of this involvement and gratified by all of the people and families which it has served over the years. As part of this activity, he served as a member of the Board of Directors of the Mary Greeley Foundation from 1995-2001.

In his retirement years, he enjoyed traveling with Pat and other family members and friends, golfing and seeing lots of new and interesting places. He had a lifelong passion for playing golf. He was an ardent, "as he claimed mediocre, golfer." He was proud of his three holes-in-one. He was a long-time member of the Ames Golf and Country Club, spending many hours golfing and playing cards with his friends.

He is survived by his wife, Pat, his sister, Janet Stephenson of Lakeside, Ohio, his daughter, Catherine Costas of Ely, Nevada, daughter, Marnie (Mark) Moore of Earlham, Iowa, two grandchildren, Garrett and Darby Moore, and a goddaughter, Gabrielle Bui of Seattle, WA. He was preceded in death by his parents, his wife, Susan, his daughter, Kimberley Eucher, and his son David Stephenson.

Memorial contributions can be made to the Mary Greeley Medical Center Foundation in support of the Israel Family Hospice House.

Online condolences may be directed to: www.grandonfuneralandcfremation.com

Jim was a wonderful person and a great boss and friend. He contributed much to my enjoyment of my time at ISU. My deepest sympathy to Pat and family.
Beth (Tesdahl) Busacca

We remember how Jim and Susan welcomed us to Ames many years ago. We became good friends playing bridge, sharing birthday celebrations and many evenings together. We were saddened by the premature passing of Susan and Kim but delighted that Jim found so much happiness with Pat. He will long be remembered in our hearts.

Dear Pat,
We all lost a wonderful man. It was a privilege and honor to know Jim. We are so sorry and our thoughts are with you and your family.
Jeff and Wendy Herrick

I never learned to know Jim since moving to Ames, but his obituary was a fine biography of his life. He was educated and an educator having given much to ISU. His work in the civic arena of life was important as he contributed his time and energy to the work of MGMC as well as the formation of the Israel Family Hospice House. Pat, my sincere sympathy to you and your family.

I will miss Jim terribly. I was so saddened to hear of his passing. Jim was a good man. I came to know Jim through my employment at Northridge Village. Jim was one of my favorite residents there. I used to sit with him and talk about his work and his family. When I left Northridge, Jim was adamant about exchanging phone numbers. I checked in on him as I could and he was always so excited to hear from me. He was always asking if he could be of any help, which was very thoughtful and kind of him. I will miss our conversations greatly.

The attached photos are added to the memorial of James Allen Stephenson to help share their legacy.

Thank you for sharing your memory of James