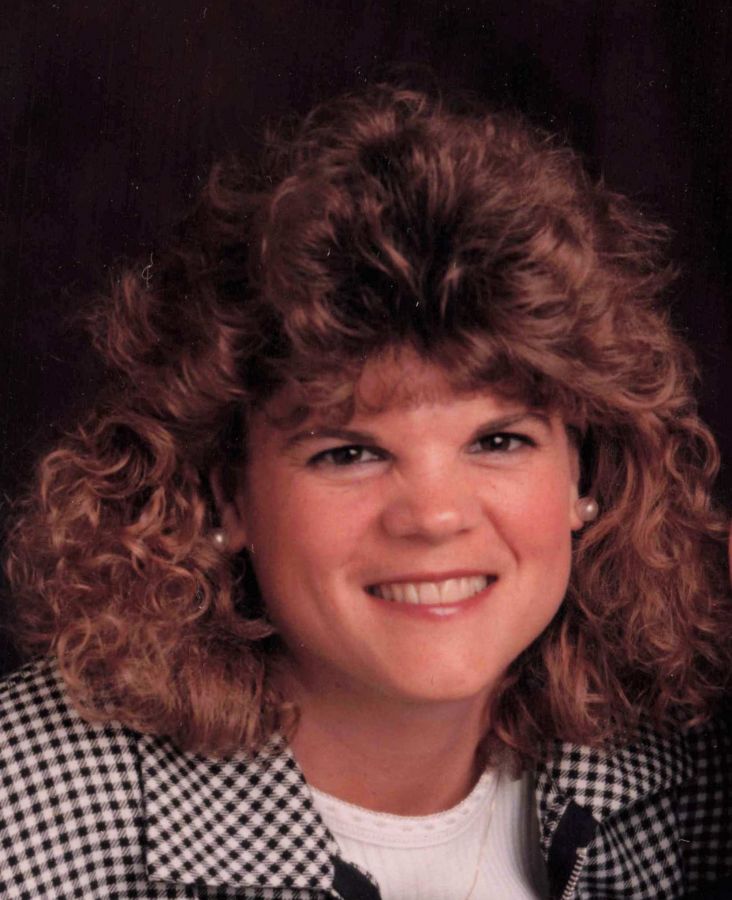 To live stream the service please click this link: youtu.be/Sf2E2ucoLwI


Karen Marie Keech, 56 of Story City, Iowa, passed away on Tuesday, May 10, 2022. after a long, courageous battle with cancer. A visitation will be 5-7:00 p.m with a vigil to follow, Friday, May 13 at St. Cecilia Catholic Church, 2900 Hoover Ames, Iowa. A Mass of Christian Burial will be at 10:30 a.m. Saturday, May 14, at St. Cecilia Catholic Church in Ames. Burial will take place at Fairview Cemetery, Story City, Iowa.

Karen Marie Auchstetter was born on February 13, 1966, in Sheldon, Iowa to Marvin and Marlys (Wallrich) Auchstetter. She grew up on the Auchstetter family farm in rural Hospers, Iowa, where she would spend the summers walking beans. As an infant, Karen was diagnosed with Diamond-Blackfan Anemia. She exceeded all her doctors' expectations. She attended St. Anthony's grade school in Hospers and graduated from Spalding Catholic High School in Granville, Iowa in 1984. Karen graduated from Iowa State University in Ames, Iowa with a marketing degree in 1989.

Karen worked in retail for many years at BonWorth where she would travel to open new locations. She also managed a shoe store as we all know her love of shoes. She later worked part time at Kohls, and most recently worked her dream job of the Deputy Treasurer for Story City, Iowa. While working, she was also the bookkeeper of the Keech Farm, Keech Cattle Company, and Keech Custom Baling.

Karen and Kent were united in marriage on August 1, 1998, at St. Anthony's Catholic Church in Hospers, and made their home in Story City. She became a member of St. Cecilia's Catholic Church once she moved to Story City. Kent used his swanky moves to win Karen over by putting a booster seat on top of a bar stool, and from there on their relationship blossomed. Their first date was hauling cattle to Tama, where afterwards they stopped at the casino. Kent gave Karen $20, and before Kent even found a slot machine for himself, she had already lost the money and was asking for more. Kent and Karen were avid Iowa State fans and attended many men's and women's basketball games. They also loved to travel with 6 trips to Hawaii, a few trips within the US, and the most recent trip to Mackinac Island in Michigan. Karen also had many trips with her parents and then started trips with her sisters as they got older.

Growing up on the farm helped her grow a love for all animals, but she especially loved cats and had several beloved pets. She loved flowers, taking photographs, and spending time with her family. She never missed sending her nieces and nephews a birthday card and loved getting together for holidays.

Karen is preceded in death by her parents, Marvin and Marlys (Wallrich) Auchstetter; and parents in law, Richard 'Dick' and Karen (Ferguson) Keech.

Kent, Please accept my deepest condolences for the loss of your wife. My thoughts and prayers are with you.

Dear Kent, family and friends, I am so very sorry for your loss. Little Karen will leave behind such a large gap. My heart goes out to you all. Karen- was such a spitfire to be reckoned with. She had such a good outlook on life. May her memories the knowledge of knowing her keep you going. Try to live your life where she would be pleased and happy for you. Your all in my thoughts and prayers. Darla (Keech) Erickson

Kent, I am so sorry for your loss! My deepest sympathy to you and all of Karen's family! My heart aches for you. Please know I am wrapping my arms around you and the family. Karen was a neat lady and she is going to be greatly missed! May God comfort you all and help you maneuver through this heartbreaking time! ((Hug))

We were so sorry to hear this Kent. Karen is at peace and not suffering anymore. Karen was a kind and caring soul who always had a smile on her face. We extend our sincere condolences and prayers to you and the family.

Kent I am so sorry. I would love to be there but not able at this time. My condolences!

My sympathies for your loss. I am very saddened about Karen. She was a wonderful person and co-worker. I will never forget the time you and your family went to Hawaii and I stayed at the house and took care of the cats. God bless you and be with you. Love, JoAnn S.

Kent,
Sondra and I are extremely sad to hear about Karen. We remember the two of you at our wedding and have always wished we could have been closer. We hold you close in our prayers and offer our deepest condolences. We didn’t have to be close to know what a true angle she is. God bless both of you and be with you especially during this time of loss. All our love, JD&Sondra

Kent my heart cries for you. I witnessed your love for Karen when you hired me to do housekeeping. I will never forget the first time we spoke and you told me that you really wanted to hire us but would have to get the okay from your wife first. I waited about a week for a call back that didn't come till around 6 months later. I didn't know what to expect because Karen didn't really want housekeepers but she greeted us with the utmost hospitality. When she found out I was also Steve and Katie Prohms housekeeper that's when she showed some interest in me ( just kidding). She was always excited to hear what new stories I had or pictures to show her, I mean we are talking about Iowa States basketball coach at the time. I didn't get to tell her that they had a baby boy in January of this year. Karen was a beautiful person inside and out. She will be missed. Kent if there is anything I and my crew can do please don't hesitate to call me. You are in my thoughts and prayers.

Kent,
My heartfelt sympathy to you and Karen's family at her death. Her strong faith and trust in Jesus during these years of illness were an inspiration to me. Due to a previous commitment I will not be able to be with you for the funeral. I will, however, offer a Mass for her in the coming days. May Jesus embrace her in his loving arms, and may you know Jesus' consoling love for you as well. Fr. Jim Secora

I always like this picture of Collin And Karen 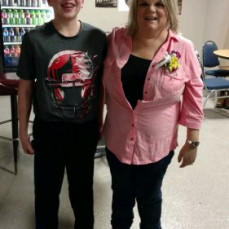 The attached photos are added to the memorial of Karen Marie Keech to help share their legacy.

Thank you for sharing your memory of Karen